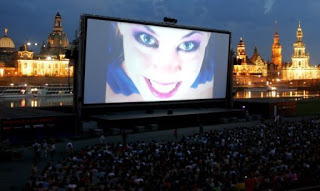 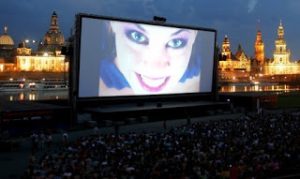 from afp: In the quest for better targeted advertising, marketers are using high-tech tools that can pinpoint a person's location, demographics and habits, raising the hackles of privacy activists.

Online or in the shopping mall, these efforts are becoming more prevalent. Google, Yahoo and its advertising partners can track a user's browsing habits in an effort to deliver more relevant marketing messages.

Offline, new digital signs with hidden cameras can use facial recognition software to tailor messages similar to the scenario in the science fiction film "Minority Report." Some analysts say the new technology is positive, enabling firms to get the most for their advertising dollars.

"We're marketers. We present consumers with information that they can use to make informed buying decisions related to our brands," says Rob Graham, vice president at the consulting firm Laredo Group.

"Contrary to what many marketers claim, most adult Americans (66 percent) do not want marketers to tailor advertisements to their interests," the study concluded. "Moreover, when Americans are informed of three common ways that marketers gather data about people in order to tailor ads, even higher percentages... say they would not want such advertising."

Chris Hoofnagle, director of the Berkeley Center for Law and Technology's information privacy programs, said many Web users are aware their habits are tracked by firms such as Google or Amazon, but are unsettled by third-party advertisers and marketers tracking across websites without any permission.

"Individuals don't want to be tracked," he said. "It might not cause you harm, it might just be creepy."

The practices underscore concerns over online privacy at a time when social network giant Facebook is embroiled in its own controversy over sharing data with third-party websites.

New technology is also testing the limits of acceptable practices and privacy offline. In some shopping malls, a new generation of digital signs not only can change messages frequently but can measure customer traffic and determine who is walking by through facial recognition software.

To some, it raises the specter of the scene in "Minority Report" where Tom Cruise's character walks through a futuristic mall.

"John Anderton. You could use a Guinness right about now," a digital sign announces in the film.

"We're not quite there yet but we are at a point where we can adjust the ads according to who is in front of that screen," said Keith Kelsen, chairman and chief executive of Media Tile, a digital signage firm.

Kelsen said the signage industry has a set of guidelines to protect privacy, and dismissed most of the fears as overblown.

"There is really no reason for concern because we're not tracking individuals, we're tracking information that is collected on whether they are male or female, or quantities of people, how long do they look at the screen," he said.

But some privacy activists say the industry has not done enough to protect against abuses.

"The vast majority of people walking in stores, near elevators and in other public and private spaces have no idea that the innocent-looking flat screen TVs playing videos may be capturing their images and then dissecting and analyzing them for marketing purposes," said a January report by the World Privacy Forum.

In a prominent blunder for the industry, lubricant maker Castrol set up digital billboards in London last year equipped with cameras that read the license plates of each passing motorist, accessed a database to find the automobile's model and year, and flashed the driver a message about what type of oil their vehicle should use.

The campaign was ended after a few days amid criticism.

Some makers of the technology, including firms like South Korea's Samsung and Japan's NEC, may be able to determine a viewer's race or nationality and can personalize Google and Yahoo! ads.

Companies are also using GPS technology in mobile phones to tailor ads to a user's location, such a specials for lattes as someone walks by a coffee shop.

Although this is still relatively new, the Center for Digital Democracy frets about a lack of guidelines.

"The emerging system for mobile advertising is clearly an extension of the current interactive targeting apparatus that has raised so many concerns over privacy and consumer protection," the group said in a petition to US regulators.