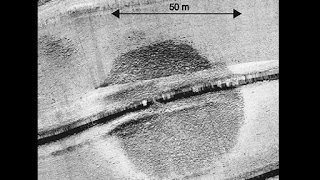 from foxnews.com: The massive circular structure appears to be an archaeologist's dream: a recently discovered antiquity that could reveal secrets of ancient life in the Middle East and is just waiting to be excavated. It's thousands of years old -- a conical, manmade behemoth weighing hundreds of tons, practically begging to be explored. The problem is -- it's at the bottom of the biblical Sea of Galilee. For now, at least, Israeli researchers are left stranded on dry land, wondering what finds lurk below. The monumental structure, made of boulders and stones with a diameter of 230 feet, emerged from a routine sonar scan in 2003. Now archaeologists are trying to raise money to allow them access to the submerged stones.