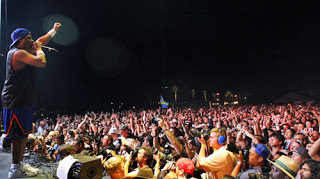 from paul joseph watson: Public Enemy - one of the most influential rap groups in music history - took an opportunity at the Coachella 2009 festival to warn their audience about “The Obama Deception,” in reference to Alex Jones’ recently released underground blockbuster documentary. The L.A. Times reports that Public Enemy member Professor Griff, who himself appears in the film, “made repeated references to the 'Obama deception,'” during the concert in California at which Paul McCartney, Morrissey, the Cure and Leonard Cohen also performed. Public Enemy’s 2005 album was entitled 'New Whirl Odor'... The band were at their peak in the late 80’s. Their 1988 album 'It Takes a Nation of Millions to Hold Us Back' peaked at #42 on the Billboard 200, and at #1 on the Billboard R&B/Hip hop Album charts and is routinely ranked in the top 50 albums of all time, being regarded as one of the most influential and groundbreaking records in history. Public Enemy, along with N.W.A., were two of the seminal acts in the organic explosion of hip-hop during the latter 1980’s, when the grassroots of the genre was all about black people becoming informed, empowered and strong and breaking free from stereotypical associations with poverty and drugs. As soon as hip-hop became a vehicle for political and personal awakening, it was seized and devoured by corporate America and MTV, before being gradually deformed into what we see on television today - where black icons rap not about fighting the man or standing up to the system, but about how much money and sex they have while girls with giant buttocks wiggle around behind them. We continually hear about huge music stars using their gargantuan public platforms to educate the public about the new world order at concerts and gigs. At the internationally renowned Reading festival in August 2006, Muse front man Matt Bellamy donned a T-shirt emblazoned with the words 'Terrorstorm,' wearing it for the band’s headline performance which was watched collectively by tens of millions of people worldwide. Watch 'The Obama Deception' for free by clicking here.

1 in 10 video gaming youths could be addicted
from usatoday: Can you become addicted to video games? A new research article out today in the journal Psychological Science suggests that the answer is yes. Nearly one in 10 children and teens who play video games showed signs of what could be considered addiction to games in a January 2007 Harris poll that the research is based upon. The poll of 1,178 U.S. kids and teens (aged 8 to 18) found that 8.5% of those who played video games exhibited at least six of 11 addiction symptoms such as skipping household chores or homework to play games, poor performance on tests of homework because of playing, and playing games to escape problems. 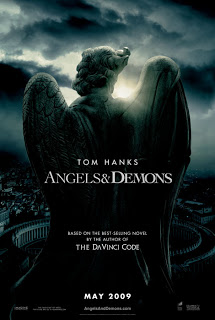 from alex constantine: The subject of Ron Howard's film is the "Illuminati," a clutch of "utopian" thinkers, intellectual forbears of socialism, based in late 18th century Bavaria and forced out of existence by the 19th, often scapegoated in contemporary right-wing (whacked) conspiracy theories. It's a schizophrenic concept: this alleged communist secret society is composed, Birchers claim, of (despised) Satanists and (cherished) Founding Fathers. Brrrr. Supposedly, the "Illuminati" are still with us - a secret conspiratorial alliance of Jews, Masons and Communists that only exists in the right-wing imagination, popularized by the Birch Society, a fascist front secretly financed in the '50s by Nazi survivors of WW II. It is a Hitlerian propaganda concept, designed to advance the aims of the far-right, and bears no relation to reality. Howard muddles history by confusing "Illuminati" with Freemasonry - the equivalent of mistaking the Knights of Malta with the Vatican, to draw a comparison - and the League has taken advantage of this confusion by issuing a blanket denial. Galileo (1564-1642), a Freemason, was indeed hounded by the church for supporting Copernican cosmology, but Howard has him living in the wrong century.