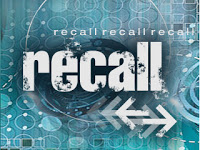 from ap: More than a million doses of a common vaccine given to babies as young as two months was being recalled Wednesday because of contamination risks, but the top U.S. health official said it was not a health threat.

The recall is for 1.2 million doses of the vaccine for Hib, which protects against meningitis, pneumonia and other serious infections, and a combination vaccine for Hib and hepatitis B. The vaccine is recommended for all children under 5 and is usually given in a three-shot series, starting at two months.

Drug maker Merck & Co., which announced the recall after testing showed a sterilization problem in a Pennsylvania factory, said concerned parents should contact their child's doctor.

"The potential for contamination of any individual vaccine is low," said Merck spokeswoman Kelly Dougherty.

Dr. Julie Gerberding, head of the Centers for Disease Control and Prevention, echoed that in a news conference.

"This is not a health threat in the short run, but it is an inconvenience," she said.