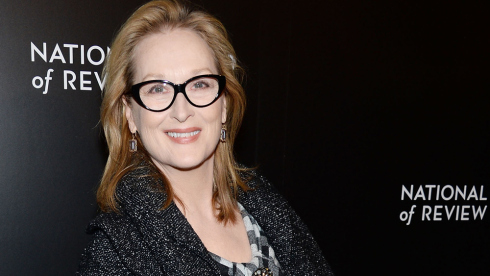 from latimes.com: One of moviedom's modern icons called out one of Hollywood's historic heroes Tuesday, as Meryl Streep delivered a sharp rebuke to Walt Disney for alleged sexist and anti-Semitic views at the National Board of Review awards gala in New York.

Streep was on hand to present an acting award to Emma Thompson for her portrayal of the prickly British author and "Mary Poppins" creator P.L. Travers in the new film "Saving Mr. Banks," which dramatizes Disney's efforts to persuade Travers to adapt her books into a musical.

According to Variety and other news accounts, after a series of humorous quips and nods to Thompson's talent, Streep turned serious and called Disney "a gender bigot," noting that "some of his associates reported that Walt Disney didn't really like women." She quoted a letter that Disney's company wrote in 1938 to an aspiring female animator, which said, "Women do not do any of the creative work in connection with preparing the cartoons for the screen, as that task is performed entirely by young men."

Streep's comments offer a markedly different perspective from the sparkly portrayal of Uncle Walt in "Saving Mr. Banks." In the film, Disney is portrayed by yet another beloved Hollywood star, Tom Hanks, as a wholesome, good-natured genius whose main concern is making merriment.

Hanks recently told the Times that "Saving Mr. Banks" is more about Travers than Disney, which is why the film didn't address some of the skeletons in Disney's closet.

Presumably, Streep's grudge against Disney isn't insurmountable, as she is set to appear in the upcoming Disney film "Into the Woods," based on the Stephen Sondheim and James Lapine musical.