aging spies unable to use the internet 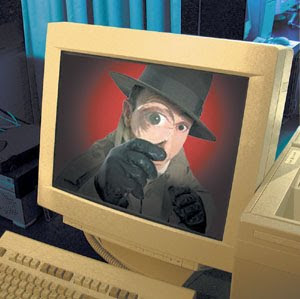 from telegraph: Having battled Islamic extremists, Irish Republican terrorists and Russian spies, some of the veteran intelligence officers of MI5 are encountering a foe they cannot master: information technology ... The Security Service is launching an unprecedented round of redundancies to improve the overall level of computer skills among its staff. Despite an expanding budget, MI5 is laying off employees in order to hire new intelligence officers and support staff with better command of information technology and other “deployable” skills. The redundancy programme has set tongues wagging in Whitehall, with civil servants in other departments joking about a “James Bond generation” of elderly spies being put out to pasture because they can’t use the internet and don't understand the world of Twitter or Facebook. The plan was disclosed by Jonathan Evans, the director-general of MI5.