from wikinews: Justin Reed, 22, a corporal in the United States Marines, has been arrested at Logan International Airport in Boston, Massachusetts after security personnel found a gun along with bomb-making material inside his checked-in luggage. According to Transportation Security Administration (TSA), Reed had traveled on a flight from Las Vegas, Nevada and was on a layover before he continued on to Charlotte, North Carolina. The discovery was made after his luggage was mistakenly routed to the baggage claim instead of his plane to N.C. Inside his checked-in luggage, authorities found a semi-automatic handgun, a loaded magazine with extra ammunition, a hand grenade fuse assembly, bomb making materials which included military fuses, electronic boxes and switches, and model rocket engines. The TSA says that passengers are allowed to have a firearm in their checked baggage, so long as it is declared at the gate before checking it in, which Reed failed to do. Reed was arrested for possession of an infernal machine and possession of a concealed weapon in a secure area of an airport, says the Boston Globe. He is being held on US$50,000 bail and will be in court on Tuesday. It is not yet known why Reed was in possession of the items and an investigation is ongoing. Reed is stationed at Camp Lejeune, located in N.C..

from press-register: Mobile police arrested a former FBI agent Monday morning on a charge of indecency with a child. Officers apprehended Mobile lawyer Phillip Kent Baxley on a fugitive felony warrant out of Harris County, Texas. Baxley was arrested at his Dauphin Street office and will be extradited to Harris County pending further court proceedings in that jurisdiction. 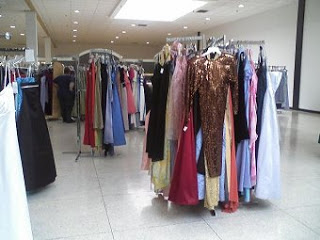 from wowk-tv: An FBI police officer is under arrest and a warrant has been issued for the arrest of another officer, after the pair allegedly used a security camera to watch girls in a dressing room, during a charity prom dress event, court documents say. Gary Sutton Jr., 40 of New Milton, is charged with criminal invasion of privacy and being a party to a crime... On Saturday, April 4, Hospice Care Corporation held "The Cinderella Project" at the Middletown Mall in White Hall. The event offered prom dresses, shoes and jewelry at affordable prices and raised money for Hospice Care. Hundreds of people attended the event. Temporary dressing rooms were set up for the event. The dressing rooms did not have ceilings. Sutton and the other officer were on duty at the FBI's satellite control room at the mall during the event, investigators say... It is important to note that the men in question are FBI police officers, not FBI agents. 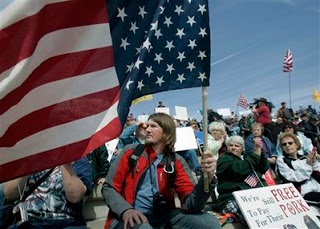 from paul joseph watson: The FBI were spying on Tea Party protesters nationwide during last week’s demonstrations as part of a covert program conducted without the knowledge of local law enforcement, according to a source named as a current FBI agent. The Northeast Intelligence Network reports that a concerned unnamed FBI agent risked his career in blowing the whistle on the fact that Tea Party protesters were subject to covert surveillance.