US troops asked if they would shoot american citizens

from paul joseph watson: U.S. troops are being trained to conduct round-ups, confiscate guns and shoot American citizens, including their own friends and family members, as part of a long-standing program to prepare for the declaration of martial law, according to a soldier who recently returned from Iraq. We received an e mail from "Scott", a member of a pipefitters union that runs an apprenticeship program called Helmets To Hard Hats, which according to its website, "Is a national program that connects National Guard, Reserve and transitioning active-duty military members with quality career training and employment opportunities within the construction industry." 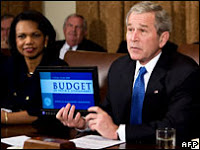 from danger room: As expected, the administration's budget request for the Defense Department has topped half a trillion dollars, not counting additional money that would be used to fund ongoing military operations in Iraq and Afghanistan. That a lot of money, even by defense standards. The Pentagon today announced it was requesting "$515.4 billion in discretionary authority for the Department of Defense (DoD), a $35.9 billion or 7.5 percent increase over the enacted level for Fiscal Year 2008." As expected, a good portion of the regular budget it going toward ground forces, including additional funding to increase the size of the Army and Marine Corps.

war is not a video game: fcs follies part2 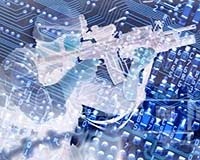 from spacewar: Every fundamental mistake that was made in the disastrous Future Intelligence Architecture program is now being repeated in the Future Combat Systems projects - the main difference being the FCS will cost at least 50 times as much... Yet the assumption of the Future Combat Systems program, now being developed by the U.S. Army and other U.S. forces at a cost of at least $200 billion is that if an integrated, reliable software that can function well amid the stress of battle in real time can be created, the enhanced control from the center that it offers will make future wars far easier to win.