from washington post: Nuclear submarines from Britain and France collided deep in the Atlantic Ocean this month, authorities said Monday in the first acknowledgment of a highly unusual accident. Officials said the low-speed crash did not damage the vessels' nuclear reactors or missiles or cause radiation to leak. But anti-nuclear groups said it was still a frightening reminder of the risks posed by submarines prowling the oceans powered by radioactive material and bristling with nuclear weapons. The first public indication of an accident came when France reported in a little-noticed Feb. 6 statement that one of its submarines had struck a submerged object - perhaps a shipping container. But confirmation of the collision came only after British news media reported it. France's Defense Ministry said Monday that the sub Le Triomphant and the HMS Vanguard, the oldest vessel in Britain's fleet of nuclear-armed submarines, were on routine patrol when they collided in the Atlantic this month. It did not say exactly when, where or how the accident occurred.

so, admiral, what've you got to say about the nuclear submarine crash?

from danger room: Turning New York's financial district into a panopticon was just supposed to be phase one. The real heart of the New York Police Department's "Lower Manhattan Security Initiative," I was repeatedly told, was going to be 800 more officers, protecting the bridges, tunnels, skyscrapers, and landmarks of the most visible terrorist target on the planet. But now, bad economic times are forcing the NYPD to "slow down plans to assign 800 officers to the area near Ground Zero and Wall Street," Newsday reports. The surveillance cameras are remaining, however, at least for now. 300 of a planned 3,000 specially-equipped electronic eyes have already been deployed. Thousands more are actually owned by the companies of the financial district, and are already in place - if not hooked up to the network. "On the street, 30 police cars with two roof-mounted cameras have begun reading license plates of passing and parked cars," WCBS TV notes. And a 28th-floor command center is up and running, monitoring the spycam feeds. Many of lower Manhattan's most important sites, like the New York Stock Exchange, are already guarded with vehicle barriers, bomb-sniffing dogs, and M-4-carrying officers. But the larger plan, to cover the 1.7 mile area below Canal Street with cops, is now officially a question mark.

1000s of guns US sent to afghanistan are missing 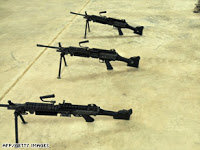 from cnn: More than one-third of all weapons the United States has procured for Afghanistan's government are missing, according to a government report released Thursday [feb12]. The U.S. military failed to "maintain complete inventory records for an estimated 87,000 weapons - or about 36 percent - of the 242,000 weapons that the United States procured and shipped to Afghanistan from December 2004 through June 2008," a U.S. Government Accountability Office report states. "Accountability lapses occurred throughout the supply chain," it says.

67 computers missing from nuclear weapons lab
from ap: The Los Alamos nuclear weapons laboratory in New Mexico is missing 67 computers, including 13 that were lost or stolen in the past year. Officials say no classified information has been lost. The watchdog group Project on Government Oversight on Wednesday released a memo dated Feb. 3 from the Energy Department's National Nuclear Security Administration outlining the loss of the computers... The security administration memo said the "magnitude of exposure and risk to the laboratory is at best unclear as little data on these losses has been collected or pursued given their treatment as property management issues."

do we need a new internet? 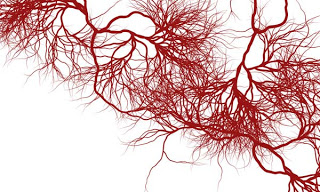 from nytimes: Two decades ago a 23-year-old Cornell University graduate student brought the Internet to its knees with a simple software program that skipped from computer to computer at blinding speed, thoroughly clogging the then-tiny network in the space of a few hours.

The program was intended to be a digital “Kilroy Was Here.” Just a bit of cybernetic fungus that would unobtrusively wander the net. However, a programming error turned it into a harbinger heralding the arrival of a darker cyberspace, more of a mirror for all of the chaos and conflict of the physical world than a utopian refuge from it.

Since then things have gotten much, much worse.

Bad enough that there is a growing belief among engineers and security experts that Internet security and privacy have become so maddeningly elusive that the only way to fix the problem is to start over.

What a new Internet might look like is still widely debated, but one alternative would, in effect, create a “gated community” where users would give up their anonymity and certain freedoms in return for safety. Today that is already the case for many corporate and government Internet users. As a new and more secure network becomes widely adopted, the current Internet might end up as the bad neighborhood of cyberspace. You would enter at your own risk and keep an eye over your shoulder while you were there.

That was driven home late last year, when a malicious software program thought to have been unleashed by a criminal gang in Eastern Europe suddenly appeared after easily sidestepping the world’s best cyberdefenses. Known as Conficker, it quickly infected more than 12 million computers, ravaging everything from the computer system at a surgical ward in England to the computer networks of the French military.

Conficker remains a ticking time bomb. It now has the power to lash together those infected computers into a vast supercomputer called a botnet that can be controlled clandestinely by its creators. What comes next remains a puzzle. Conficker could be used as the world’s most powerful spam engine, perhaps to distribute software programs to trick computer users into purchasing fake antivirus protection. Or much worse. It might also be used to shut off entire sections of the Internet. But whatever happens, Conficker has demonstrated that the Internet remains highly vulnerable to a concerted attack.

“If you’re looking for a digital Pearl Harbor, we now have the Japanese ships streaming toward us on the horizon,” Rick Wesson, the chief executive of Support Intelligence, a computer consulting firm, said recently.