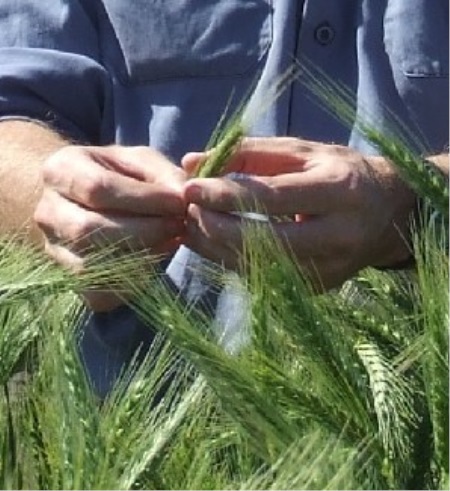 from news.yahoo.com: Monsanto has increased its stake in local crop breeding company InterGrain in a move condemned by a group of farmers fearful of links to
the global agribusiness giant.

The Australian arm of Monsanto
paid $4.5 million to increase its shareholding from 19.9 per cent to 26
per cent yesterday under a partnership with the State Government and
the Grains Research and Development Corporation.

It is believed
Monsanto paid $10.5 million for its initial shareholding in InterGrain
in 2010 under a deal backed by former Agriculture Minister Terry Redman.
The deal caused outrage among anti- genetically modified food
activists.

InterGrain was formed in 2007 when the Government and
the GRDC - a body funded by a levy on farmers - opted to privatise the
long-standing and highly successful Department of Agriculture and Food
WA wheat breeding program.

Network of Concerned Farmers
spokeswoman Julie Newman said the Government, which owns 48.7 per cent
of InterGrain, had been naive and short-sighted in entering a deal
with Monsanto.

Mrs Newman said the risks of associating the WA
grains industry with the world's biggest producer of GM products were
highlighted by a recent contamination scare that rocked the US industry.

Japan stopped imports of wheat from the US and the European Union and
flour mills in South East Asia reacted with alarm after a strain of GM
wheat developed by Monsanto but never approved for sale or consumption
was found on a farm in Oregon.

Senior Monsanto executives have suggested the GM wheat was intentionally planted by the company's detractors.

InterGrain
chief executive Tress Walmsley said InterGrain was set to deliver
improved varieties by working with Monsanto, but stressed this involved
traditional wheat and barley breeding. Mrs Walmsley said there were no
plans to trial GM wheat in WA and InterGrain regarded the use of that
technology as at least a decade away.

"At the moment the
relationship with Monsanto is around germplasm exchange and a molecular
marker program based on conventional breeding," she said.

"These
guys spend a billion dollars a year on grain research and development
and we have an open door to be able to access that and bring that out of
the US. I think a large proportion of Australian grain growers value
the fact that we have leveraged such a big international R&D asset
into Australia."

Bibra Lake-based InterGrain is seeking to double yield increases to 2 per cent a year through the ties with Monsanto.