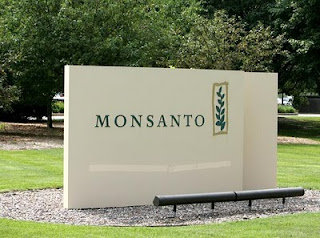 from allgov: With a near monopoly over the biotech gene market covering soybeans and corn, Monsanto has been able to dictate the terms of business for rivals who use the agribusiness’s genetically modified seeds. After obtaining confidential contracts, the Associated Press found that Monsanto—whose patented genes are found in 95% of all soybeans and 80% of all corn grown in the U.S.—is “squeezing competitors, controlling smaller seed companies and protecting its dominance over the multibillion-dollar market for genetically altered crops.” For instance, the company bans other businesses from using Monsanto seeds and those produced by rivals unless the buyer gets Monsanto’s permission. As the agricultural biotech giant solidifies its control over the GMO market, foods prices could rise if the company chooses to raise the prices of its seeds.