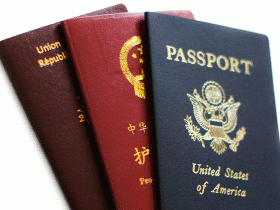 more american expatriates give up citizenship

from nytimes: Amid mounting frustration over taxation and banking problems, small but growing numbers of overseas Americans are taking the weighty step of renouncing their citizenship.

“What we have seen is a substantial change in mentality among the overseas community in the past two years,” said Jackie Bugnion, director of American Citizens Abroad, an advocacy group based in Geneva. “Before, no one would dare mention to other Americans that they were even thinking of renouncing their U.S. nationality. Now, it is an openly discussed issue.”

The Federal Register, the government publication that records such decisions, shows that 502 expatriates gave up their U.S. citizenship or permanent residency status in the last quarter of 2009. That is a tiny portion of the 5.2 million Americans estimated by the State Department to be living abroad.

Still, 502 was the largest quarterly figure in years, more than twice the total for all of 2008, and it looms larger, given how agonizing the decision can be. There were 235 renunciations in 2008 and 743 last year. Waiting periods to meet with consular officers to formalize renunciations have grown.