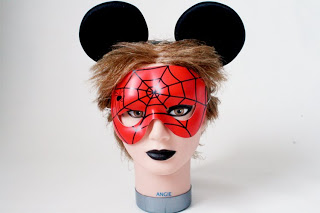 mouse meet spider: disney to buy marvel entertainment for $4b

from ap: The Walt Disney Co. is buying Marvel Entertainment Inc. for $4 billion in cash and stock, bringing such characters as Iron Man and Spider-Man into the family of Mickey Mouse and WALL-E. Under the deal, which was announced Monday and is expected to close by the end of the year, Disney will acquire the rights to 5,000 Marvel characters. Many of them, including the Fantastic Four and the X-Men, were co-created by the comic book legend Stan Lee. Disney CEO Robert Iger said Marvel's comic books, TV shows, movies and video games amounted to "a treasure trove of content." Iger said the deal would bring benefits like the ones Disney got from buying "Toy Story" creator Pixar Animation Studios Inc. for $7.4 billion in stock in 2006. "The acquisition of Marvel offers us a similar opportunity to advance our strategy," Iger said, and "to build a business that is stronger than the sum of its parts."