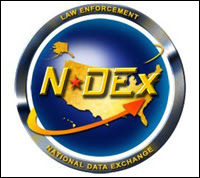 from washington post: Several thousand law enforcement agencies are creating the foundation of a domestic intelligence system through computer networks that analyze vast amounts of police information to fight crime and root out terror plots... Those network efforts will begin expanding further this month, as some local and state agencies connect to a fledgling Justice Department system called the National Data Exchange, or N-DEx.

from mcclatchy: The Bush administration outlined plans Thursday to begin operating portions of a high-tech "virtual fence" along the Southwest border later this year and strongly disputed news reports that a 28-mile pilot project to test the technology was largely a failure. Top officials with U.S. Customs and Border Protection also said they're on track to complete hundreds of miles of traditional fencing by the end of the year. But they acknowledged that disputes with Texas landowners could endanger their timetable.

mexican army crossing US border
from live leak: The Mexican Army is crossing the border along Rio Grande to assist drug smugglers. Just turn your head and do not pay attention.

dhs launches northern border pilot programs
from washington technology: While the Homeland Security Department prepares a prototype solution for protecting the northern border, new technologies already are being tested in the field... CBP is refining a Northern Border Strategy and “developing a prototype that demonstrates an integrated air, land and maritime security solution in a selected area of the Northern Border,” the report said. As an interim measure, CBP also is deploying 12 new camera systems, 71 thermal night vision devices and 187 new ground sensors as part of the Secure Border Initiative Northern border solution. About 1,200 sensors already are in place.

from reuters: A Russian bomber aircraft approached a U.S. aircraft carrier off the Korean coast on Wednesday and was intercepted by American fighter jets - the second such incident in less than a month, U.S. defense officials said. According to the U.S. officials, a Russian bomber came within three to five nautical miles and flew 2,000 feet (610 meters) above the USS Nimitz aircraft carrier and its accompanying ships.

trial to look at the world of aipac 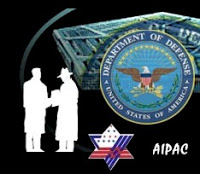 from new york times: From its headquarters near the Capitol, the American Israel Public Affairs Committee, or AIPAC, has for decades played an important though informal role in the formation of the United States government’s Middle East policy... But a trial scheduled for late April in federal court in Alexandria, Va., threatens to expose and upend that system... Two former senior analysts for AIPAC, Steven J. Rosen and Keith Weissman, are charged with violating the World War I-era Espionage Act when they told colleagues, journalists and Israeli Embassy officials information about Iran and Iraq they had learned from talking to high-level United States policymakers.