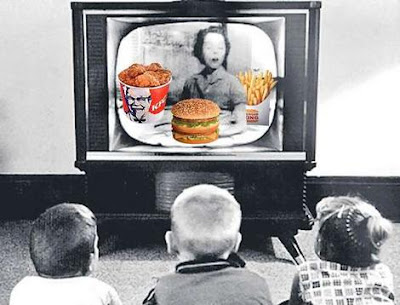 from abc.net.au: Two years after Australia's major fast-food chains promised to stop advertising to children, a study has found kids are still being exposed to the same number of junk food ads. The study, published in the Australian Medical Journal, claims despite the introduction of an industry code of conduct in August 2009, children are still exposed to TV ads for fast food. The findings have led to fresh calls for the Government to play a greater role in regulating fast-food advertising. The current code allows the industry to self-regulate fast food TV ads and set new nutrition standards for foods aimed at under 14s. The code was signed by seven chains including McDonald's, Pizza Hut and KFC. But the study, led by the University of Sydney, has found children's exposure to television ads for junk food remains unchanged since 2009.