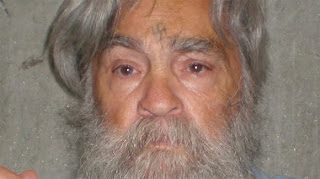 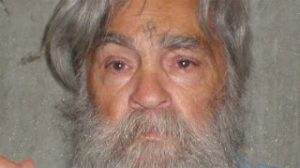 from ap: It is a mug shot for the ages. Charles Manson, the most notorious mass murderer imprisoned in California and perhaps the nation, stares glumly at a camera, holding his booking number in front of him. In the latest photo released by the California Department of Corrections, the 77-year-old Manson is gray-haired and gray-bearded, a shadow of the shaggy haired, wild-eyed killer whose visage glared from the covers of magazines in 1969. He was a cult leader back then, the domineering force behind a rag-tag family of followers who said they killed for him. Next Wednesday, Manson faces his 12th parole hearing. It could be his last because state law now allows a denial of parole for up to 15 years. The chances that he will be released are nil and he has told his jailers that he doesn't plan to attend the hearing. But California Department of Corrections spokeswoman Terry Thornton said he could change his mind at the last minute. Manson has not attended a parole hearing since 1997, when he rambled on for hours, denying that he had killed anyone and espousing the beliefs that guided his cult. "I'm not saying that I wasn't involved. I'm saying that I did not break man's law nor did I break God's law. Consider that in the judgments that you have for yourselves. Good day. Thank you," he told the parole board.