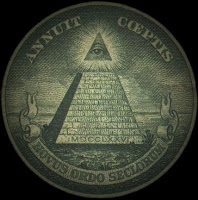 the new world order is almost in place

from rogue government: The New World Order is for the most part already here. This might be a horrible fact for most to accept but unfortunately it is a reality. For many years we have had international institutions like the United Nations, the International Monetary Fund, the World Bank, the World Trade Organization and many others actively working towards global government. Phony free trade deals like NAFTA, CAFTA and others have been utilized to tear down borders between nations and usher in a new age of globalization. Prominent individuals such as George HW Bush, David Rockefeller, Henry Kissinger, Gordon Brown, Bill Clinton, Gary Hart and several others have spoken about the possibility of forming a global government or a New World Order. Despite the revelations from these men, it has continually been dismissed as conspiracy theory by the corporate controlled mockingbird media. In fact Kissinger, the former Secretary of State under Richard Nixon, spoke yet again about a New World Order during a CNBC interview and recently wrote an opinion editorial published in the International Herald Tribune entitled “The Chance for a New World Order”. If the New World Order is a conspiracy theory, why is it that prominent individuals amongst the U.S. and European political elite continue to talk about it?