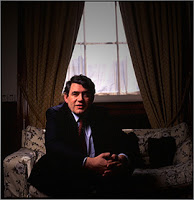 from afp/yahoo: Gordon Brown, likely to be the next prime minister, will deliver a speech calling for a "new world order" to combat global warming on Monday.

According to excerpts released by the finance ministry, Chancellor of the Exchequer Brown will also say the United Nations should make the fight against global warming a core "pillar" of its international mission.

Brown will praise the European Union's progress in combatting climate change after EU leaders on Friday agreed to reduce emissions of carbon dioxide by 20 percent by 2020, compared to 1990 levels.

He is set to announce domestic policy proposals that are targetted at helping Britons save energy, thereby cutting their individual carbon emissions, ahead of the government's publication of its Climate Change Bill on Tuesday.

"Government must provide practical help with, wherever possible, incentives in preference to penalties."

Brown is the favourite to be Britain's next prime minister, as Tony Blair has pledged to step down by September.