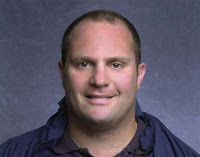 new yorker killed in ethiopia in 2003 revealed as cia spy

from nydailynews: CIA clandestine operative Gregg Wenzel's official cover was lifted Monday [jun1}, when it was revealed that the New Yorker killed in 2003 was a spy - not a diplomat, as claimed. Wenzel, 33, was an operations officer who died in Ethiopia. He had been listed as a U.S. foreign service officer. The cause of death was said to be a random traffic accident. The actual circumstances remain murky, Wenzel's father said. "My son wanted to make a difference, and he did," Mitch Wenzel told the Daily News after his son was honored at CIA's Langley, Va., headquarters. "He wanted to give back by joining the Clandestine Service." Wenzel and a still-anonymous operative killed last year became the 89th and 90th gold stars engraved on the Memorial Wall in the lobby of the agency. The elder Wenzel wrote letters to ex-President George W. Bush every year asking for his son to be publicly acknowledged as a CIA hero. The beefy lawyer - who was born in Manhattan and raised in the Bronx and upstate Monroe - was a distinguished public defender before joining the CIA in 2000. He graduated training in the first class after the 9/11 attacks. "Gregg stood out as a leader" with a huge intellect, sense of humor and "great penchant for fun," CIA Director Leon Panetta said at a ceremony Monday. The Wenzels were marathoners, and Mitch sent his son "bags of sneakers to give to Ethiopian kids." The U.S. ally is a CIA hub for operations against Al Qaeda in Somalia, Kenya and Tanzania.