contaminated US site faces ‘catastrophic’ nuclear leak
from new scientist: One of “the most contaminated places on Earth” will only get dirtier if the US government doesn’t get its act together – clean-up plans are already 19 years behind schedule and not due for completion until 2050. More than 210 million litres of radioactive and chemical waste are stored in 177 underground tanks at Hanford in Washington State. Most are over 50 years old. Already 67 of the tanks have failed, leaking almost 4 million litres of waste into the ground. There are now “serious questions about the tanks’ long-term viability,” says a Government Accountability Office report, which strongly criticises the US Department of Energy for delaying an $8 billion programme to empty the tanks and treat the waste… The DoE’s plan, however, is “faith-based”, says Robert Alvarez, an authority on Hanford at the Institute for Policy Studies in Washington DC. “The risk of catastrophic tank failure will sharply increase as each year goes by… and one of the nation’s largest rivers, the Columbia, will be in jeopardy.”

the process of indoctrination: how the public is being conditioned to accept the existence of an elite ruling class
from corbett report: It seems that a unique moment in human history is at last coming to an end. Just a few short years ago, anyone who dared talk about the Council on Foreign Relations, the Trilateral Commission, the Bilderberg group or the Bohemian Grove as organizations through which the financial oligarchs wielded power was dismissed with that ultimate debate-ending phrase: ‘conspiracy theorist.’ Now, however, these secretive organizations and the corporate moneymen who pull their strings are finally allowing the public a glimpse behind the façade of representative democracy at the way elite institutions are really shaping global geopolitics. People are at last free to talk about how world politics are shaped by a few thousand of the ultra-wealthy and well-connected… provided, of course, those people are closely tied to Henry Kissinger and tend to think that global government is the best way of organizing 21st century society.

canada returns deserter to US 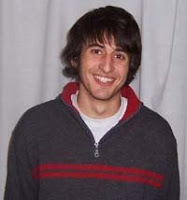 from ap: A U.S. Army deserter who fled to Canada three years ago was deported July 15 to the United States, marking the first time a resister to the war in Iraq has been removed by Canadian authorities. Paula Shore, spokeswoman for the Canada Border Services Agency, confirmed that Robin Long, 25, was deported, but she could not discuss specifics of the case, including Long’s destination.

wolfowitz: US future hinges on another ‘crisis’
from aaron dykes: In a response to PNAC associate Robert Kagan, former Deputy Secretary of Defense Paul Wolfowitz has suggested that a ‘compelling crisis’ such as Pearl Harbor or 9/11 may help bolster America’s stature in the world, which, Wolfowitz clearly hints, has been damaged by the Bush administration:

“America’s future leadership role may depend even more on how threatening the world appears. Historically, that leadership role has often emerged out of a compelling crisis: Pearl Harbour, the Soviet invasion of Afghanistan and the Iran hostage crisis, Iraq’s invasion of Kuwait, or the attacks of 9/11.

the pope reunites with his old buddy the serpent

from this is london: The image was practically Biblical: Pope Benedict XVI face to face with a serpent. But the hint of a good vs evil face-off dissipated when the pontiff next squared up against a koala – and, smiling, gave the fuzzy furball a little scratch behind the ears. The Pope was meeting native Australian animals during the World Youth Day celebration in Australia, where young Roman Catholic pilgrims attended religious classes then chowed down on sausages at barbecues.

7ys on, no answer on anthrax attacks
from raw story: It’s been almost seven years since – in the weeks immediately following 9/11 – anthrax powder sent through the mail killed five people, threatened the lives of two Democratic senators, terrorized the entire nation, and helped prod a panicky Congress into passing the so-called Patriot Act. In the intervening years, not only has the killer remained free, but missteps in the investigation have had major negative consequences.