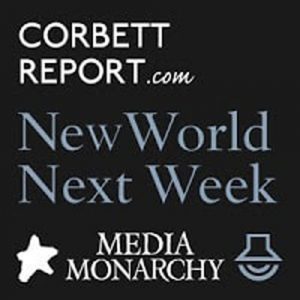 Welcome to New World Next Week – the video series from Corbett Report and Media Monarchy that covers some of the most important developments in open source intelligence news. This week:

Visit NewWorldNextWeek.com to get previous episodes in various formats to download, burn and share. We also have weekly episodes from FoodWorldOrder.com. And as always, stay up-to-date by subscribing to the feeds from Corbett Report here and Media Monarchy here. Thank you.