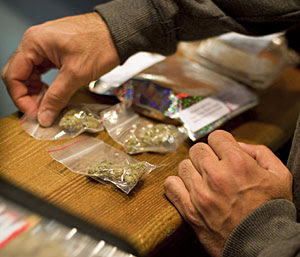 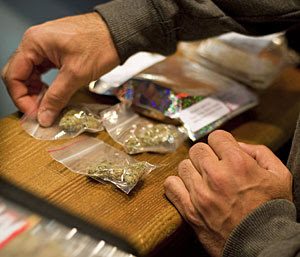 from sfweekly: The Oakland City Council last night approved an ordinance allowing industrial-scale marijuana-growing operations to set up shop in town, supplying the city's medical pot dispensaries. The measure is expected, by some estimates, to generate up to $2 million in tax revenue for the cash-strapped city. Yet not everyone is celebrating. Only one council member, Nancy Nadel, voted against the ordinance. Two abstained.

In a curious dynamic that has been playing out since Oakland first began mulling whether to allow "pot factories" within city limits, a number of small-time growers strongly opposed the measure, arguing it would drive down the price of weed - don't get too excited, folks; permits for the large-scale operations won't be issued until January - and dilute its quality.

Set against these criticisms were concerns that small-time grow operations "have led to public safety hazards, including fires, burglaries and home invasions, health risks to patients, and related response costs to the City," according to a report from council members Larry Reid and Rebecca Kaplan.

One study commissioned by AgraMed, a company that wants to develop one of the pot warehouses, also estimated that the law will create 350 union jobs. Let's get this straight - health insurance, high wages, job security, pensions, and weed? You had us at "yea," Oakland.