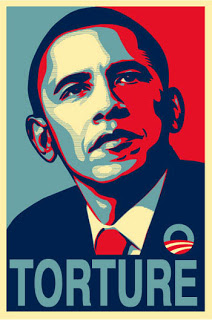 actually "distancing his administration" from bush's policies would mean ending the war of terror based on the lies of 9/11, prosecuting the previous puppet's crimes & not inflating our debt...
this is more 'change' we can't believe in.

The administration has also decided that all U.S. interrogators will follow the rules for detainees laid out by the Army Field Manual, according to senior administration officials who spoke on condition of anonymity because they were not authorized to discuss the decision. That decision aims to end years of fierce debate over how rough U.S. personnel can get with terror suspects in custody.

The new unit does not mean the CIA is now out of the interrogation business, deputy White House press secretary Bill Burton told reporters covering the vacationing Obama at Oak Bluffs, Mass.

Burton said the unit will include "all these different elements under one group," and it said that it will be situated at the FBI headquarters in Washington.