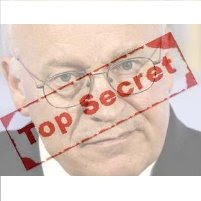 from allgov: If public officials are to be expected to cooperate with federal investigations, their testimony to government lawyers must be kept confidential, says the Obama administration. This argument is the basis for the Justice Department’s opposition to releasing former Vice President Dick Cheney’s testimony in 2004 during special prosecutor Patrick Fitzgerald’s investigation of the CIA leak case involving Valerie Plame.

During a court hearing last month, Justice Department attorney Jeffrey Smith argued that the release of the Cheney transcript might open the former vice president to public ridicule and discourage other White House officials from cooperating with government prosecutors. “If we become a fact-finder for political enemies, they aren’t going to cooperate,” Smith said. “I don’t want a future vice president to say, ‘I’m not going to cooperate with you because I don’t want to be fodder for The Daily Show.’”

The Obama administration’s refusal to release the transcript comes despite not only President Barack Obama’s own pledge to make government more open, but also Fitzgerald telling Congress that the interviews he conducted with Cheney and President George W. Bush in 2004 were not protected by grand jury secrecy rules, and that he made no agreements to keep the interviews secret.

Citizens for Responsibility and Ethics, a public interest group in Washington, DC, is seeking access to Fitzgerald’s interview with Cheney under the Freedom of Information Act.