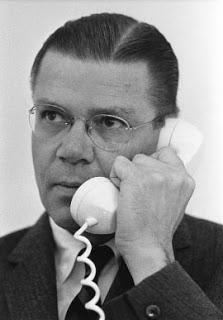 from dpa: Robert McNamara, the former US defence secretary and architect of the Vietnam War, has died at the age of 93, the Washington Post reported Monday, citing members of his family.

McNamara was a key planner of the Vietnam War, leading the Pentagon from 1961 to 1968 under presidents John F Kennedy and Lyndon Johnson. He went on to serve as head of the World Bank.

McNamara orchestrated the escalation of the war in Southeast Asia and soon became the focal point for anti-war protests in the United States. The Vietnam War quickly became known as 'McNamara's War.'

But McNamara later in life admitted he developed deep regrets and doubts towards the end of his controversial tenure. As fissures began to develop with Johnson, he was appointed to serve as head of the World Bank in 1968. The war continued seven more years after his departure.

McNamara worked to reduce poverty and spur development at the World Bank until 1981, but will forever be associated chiefly with leading the push into Vietnam.

In a 1995 memoir, In Retrospect: The Tragedy and Lessons of Vietnam, McNamara expressed misgivings that prompted a renewed debate over the war, which killed nearly 60,000 US troops and millions of Vietnamese.

McNamara was a businessman, not a defence specialist, before being appointed the country's eighth defence secretary by Kennedy. He had been the first non-family member to head the Ford Motor Company.

McNamara, who was born in San Francisco, died at his home in Washington, the Post reported. He leaves behind a wife, Diana. His first wife, Margaret, died of cancer in 1981. They had three children.

mcnamara deceived lbj on gulf of tonkin, documents show
from raw story: Official government documents reveal new side of defense secretary’s legacy... On the following audio file from The Lyndon Baines Johnson Library, Johnson can be heard telling McNamara that he had misinformed him about the alleged attack:

A pdf file of the McNamara/Sharp transcript can be accessed at this link.

A pdf file of the chronology of events that McNamara prepared for Johnson can be accessed at this link.