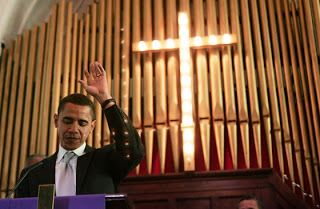 from christopher ketcham: The American presidency in its outward show and innermost tendency has since World War II increasingly shown all the markings of monarchy. The president is hovered over and catered to by hundreds of aids and sycophants, his every whim answered at notice. He enjoys a private army in the guise of the paramilitaries in the intelligence agencies. He lives in a “White House” that is itself a court contained in a bubble where the troubles of the average man cannot penetrate. He certainly does not walk often among the people, but when he does, he allows the people to touch him as they would a king, the black-suited guard walling him off, his contempt expressed in direct proportion to the ceremony, noise, trumpets, curtains, light, music, and entertainments meant to ensure that we understand this is no mere man but an ur-expression of power itself.

Hence, the pomp of the presidential inauguration, which now, under Barack Obama, is expected to become the most expensive in US history. One estimate is that the total cost for the festivities of January 20, and in the days running up to it and after, will rise above $150 million. (By contrast, the 2005 swearing-in of George W. Bush, as profligate an executive as ever imagined, cost $42 million.) Of the $150 million budgeted to handle the millions of people who will descend on Washington, and to finance the lavish parties, the assignations in backrooms, the dying lobsters and the champagne uncorked, just $45 million - an obscene sum alone - has been offered up by private donors. The rest, which includes an emergency $75 million requested from the federal government by the city of DC for transportation costs and for the ever-effective bugaboo of "security," will be drawn from the pockets of taxpayers. We the people will also fund a mass prayer service as the cherry on top.

Oh happy day! Thus doth Change descend among us in the same old purple raiment and with the smiling largesse that the peons pay for. January 20 is a historic wasted opportunity. Obama might have signaled real change from the outset by canceling the whole rotten affair as the waste and silliness and ostentation that it is. Instead, a simple address, televised or better yet on radio, would have sufficed. Something like the following: “My fellow Americans, this is no time for frivolity. The country is falling down around our ears! The reason is mostly because we have blown our money in bad investments, whether it be in war or on Wall Street or on Main Street. Let’s not flush millions of dollars more down the toilet in self-congratulation and the flatus of long speeches. Nuff said. See you tomorrow when the work begins.” Click.