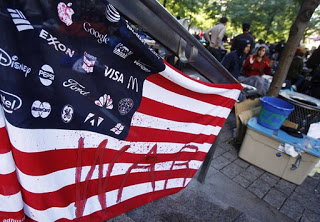 from wamc: The "Occupy Wall Street" movement marked its one month anniversary Monday, as demonstrations spread to new places. But, questions remain about whether the protests can turn into political action... The various protests under the "Occupy Wall Street" theme are not centrally organized, but are unified by the belief that too much power and wealth rests in the hands of just one percent of the population. The demonstrators have tied this to all matter of social ills, including the wars in Iraq and Afghanistan, the foreclosure crisis and high unemployment.