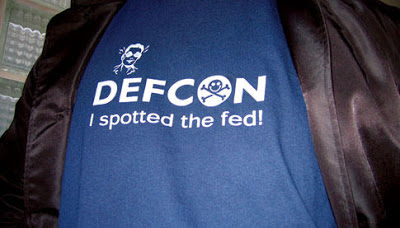 One In Four US hackers ‘Is An FBI Informer’ 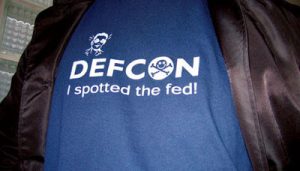 from guardian: The underground world of computer hackers has been so thoroughly infiltrated in the US by the FBI and secret service that it is now riddled with paranoia and mistrust, with an estimated one in four hackers secretly informing on their peers, a Guardian investigation has established. Cyber policing units have had such success in forcing online criminals to co-operate with their investigations through the threat of long prison sentences that they have managed to create an army of informants deep inside the hacking community.

In some cases, popular illegal forums used by cyber criminals as marketplaces for stolen identities and credit card numbers have been run by hacker turncoats acting as FBI moles. In others, undercover FBI agents posing as "carders" – hackers specialising in ID theft – have themselves taken over the management of crime forums, using the intelligence gathered to put dozens of people behind bars.

So ubiquitous has the FBI informant network become that Eric Corley, who publishes the hacker quarterly, 2600, has estimated that 25% of hackers in the US may have been recruited by the federal authorities to be their eyes and ears. "Owing to the harsh penalties involved and the relative inexperience with the law that many hackers have, they are rather susceptible to intimidation," Corley told the Guardian.

"It makes for very tense relationships," said John Young, who runs Cryptome, a website depository for secret documents along the lines of WikiLeaks. "There are dozens and dozens of hackers who have been shopped by people they thought they trusted."