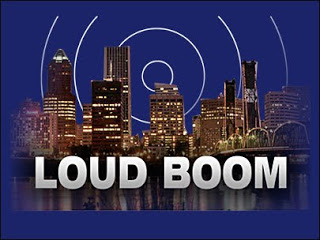 The open-source questions on the PDXboom 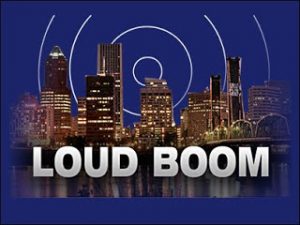 from hlswatch: The open source intelligence debate took on new meaning for me on Sunday night [mar28]. Shortly after 8:00 PM a loud explosion shook houses all across the east side of Portland, Oregon. What ensued afterwards provides new insights not only into how intelligence is generated, but also illustrates some of the new challenges we face in managing the collection and analysis process...

Within minutes subscribers to the microblogging service Twitter had invented and agreed to use the #pdxboom hashtag to track reports. Within half-an-hour, an ad hoc collaboration started on Google Maps was tracking and color-coding these reports in an effort to locate the source of the noise. And more than 20 wiseguys had even created and logged into an event marking the occasion on the social networking site Foursquare using their wireless mobile devices.

The theories spawned by these efforts ran the gamut from the serious (an earthquake boom) to the nonsensical (unicorns fighting or a house falling on a wicked witch). But the map generated by the more serious reports painted a much more compelling picture of the event. Efforts by local officials and media outlets to isolate the source by consulting the National Weather Service, the local Air National Guard fighter wing and NORAD, the U.S. Geological Survey and various utilities likewise proved fruitless.

Yet the public remained undeterred. Hundreds of people logged in over the next several hours to record their experience of the event. Before long some patterns became evident.

The next day, aided by daylight, armed with these online contributions, information from the initial 911 reports and information gathered following the previous incident, investigators located the site of the explosion along a riverbank near downtown. Fragments of a PVC pipe bomb were also recovered.

What did we learn from this incident? Well for starters, people want to be of assistance, even in a town where the police are not currently held in very high esteem due to two recent officer-involved shootings. Second, they will seek out ways to make sense of confusing experiences, which more often than not includes sharing their personal observations and perspectives in a way that gives them meaning whether or not they produce a plausible explanation. Finally, the speed with which this process of sharing information about our common experience advances will exceed anything we saw before the dawn of the Information Age.

Video: PDX police union HQ vandalized after rally
from kgw: Someone vandalized the Portland Police union headquarters doing thousands of dollars in damage early Tuesday. Spokesman Scott Westerman said just before 1 a.m., bricks and rocks were thrown through their windows, doing about $20,000 worth of damage to the outside of the building. Eight people were arrested and three officers were injured Monday night when protesters clashed with police in downtown Portland in a rally against two recent officer-involved shootings.

Army depot worker exposed to mustard gas
from bio prep watch: A worker at Oregon's Umatilla Depot working to prep chemical weapons for destruction was injured recently by a mustard agent. The injury, which is believed to be the first exposure-related injury at the Umatilla Depot since it began the incineration of its chemical weapons stockpile in 2004, resulted in a small blister on the worker. The exposure is the third such exposure nationwide since the destruction of chemical weapons by the Army began in 1990. The incident, which was confirmed through urine samples, occurred when two workers were calibrating a scale that is used to weigh large storage tanks prior to tank incineration, Greg Mahall, a materials agency spokesman told OregonLive.com.