court: fcc had no right to sanction comcast for p2p blocking 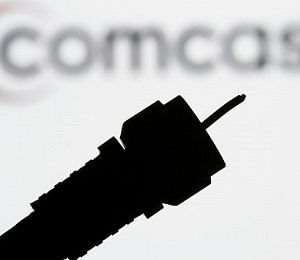 from washington post: Comcast on Tuesday won its federal lawsuit against the Federal Communications Commission in a ruling that undermines the agency's ability to regulate Internet service providers just as it unrolls a sweeping broadband agenda.

The decision also sparks pressing questions on how the agency will respond, with public interest groups advocating that the FCC attempt to move those services into a regulatory regime clearly under the agency's control.

The U.S. Court of Appeals for the District of Columbia, in a 3-0 decision, ruled that the FCC lacked the authority to require Comcast, the nation's biggest broadband services provider, to treat all Internet traffic equally on its network.

That decision -- based on a 2008 ruling under former FCC chairman Kevin Martin -- addresses Comcast's argument that the agency "failed to justify exercising jurisdiction" when it ruled Comcast violated broadband principles by blocking or slowing a peer-sharing Web site, Bit Torrent.

But it also unleashed a broader debate over the agency's ability to regulate broadband service providers such as AT&T, Comcast and Verizon Communications.

The judges focused on whether the FCC has legal authority over broadband services, which are categorized separately from phone, cable television and wireless services. The agency currently has only "ancillary authority" over broadband services, a decision made by past agency leaders in an attempt to keep the fast-moving Internet services market at an arm's distance from the agency.