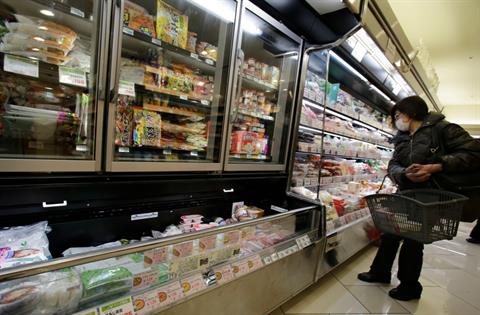 from sbs.com.au: More than 1,000 people have fallen ill after eating
pesticide-contaminated frozen food as a scandal widens across Japan,
Jiji Press has reported.

People have reported vomiting, diarrhoea and other symptoms of food
poisoning after eating products including pizza and lasagne made by a
subsidiary of Maruha Nichiro Holdings, the nation's largest seafood
firm.

The number of people affected by the tainted food has now risen to
over 1,000, with more than 200 taken ill in the northern main island of
Hokkaido alone, Jiji said on Wednesday.

In western Osaka prefecture, a nine-month-old baby was hospitalised
with vomiting on Monday after eating a product called creamy corn
croquettes, the report said.

Police began investigating the company last month after it revealed
some of its frozen food had been tainted with malathion, an agricultural
chemical often used to kill aphids in corn and rice fields.