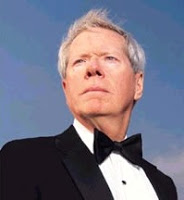 from raw story: Thom Hartmann began his program on Thursday by reading from a new Executive Order which allows the government to seize the assets of anyone who interferes with its Iraq policies.

He then introduced old-line conservative Paul Craig Roberts -- a former Assistant Secretary of the Treasury under Reagan who has recently become known for his strong opposition to the Bush administration and the Iraq War -- by quoting the "strong words" which open Roberts' latest column: "Unless Congress immediately impeaches Bush and Cheney, a year from now the US could be a dictatorial police state at war with Iran."

"I don't actually think they're very strong," said Roberts of his words. "I get a lot of flak that they're understated and the situation is worse than I say. ... When Bush exercises this authority [under the new Executive Order] ... there's no check to it. It doesn't have to be ratified by Congress. The people who bear the brunt of these dictatorial police state actions have no recourse to the judiciary. So it really is a form of total, absolute, one-man rule. ... The American people don't really understand the danger that they face."

Roberts said that because of Bush's unpopularity, the Republicans face a total wipeout in 2008, and this may be why "the Democrats have not brought a halt to Bush's follies or the war, because they expect his unpopular policies to provide them with a landslide victory in next year's election." 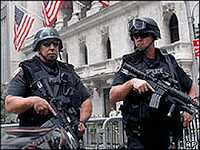 However, Roberts emphasized, "the problem with this reasoning is that it assumes that Cheney and Rove and the Republicans are ignorant of these facts, or it assumes that they are content for the Republican Party to be destroyed after Bush has his fling." Roberts believes instead that Cheney and Rove intend to use a renewal of the War on Terror to rally the American people around the Republican Party. "Something's in the works," he said, adding that the Executive Orders need to create a police state are already in place.

"The administration figures themselves and prominent Republican propagandists ... are preparing us for another 9/11 event or series of events," Roberts continued. "Chertoff has predicted them. ... The National Intelligence Estimate is saying that al Qaeda has regrouped. ... You have to count on the fact that if al Qaeda's not going to do it, it's going to be orchestrated. ... The Republicans are praying for another 9/11."

Hartmann asked what we as the people can do if impeachment isn't about to happen. "If enough people were suspicious and alert, it would be harder for the administration to get away with it," Roberts replied. However, he added, "I don't think these wake-up calls are likely to be effective," pointing out the dominance of the mainstream media.

Roberts pointed out that it's old-line Republicans like himself, former Reagan associate deputy attorney general Bruce Fein, and Pat Buchanan who are the diehards in warning of the danger. "It's so obvious to people like us who have long been associated in the corridors of power," he said. "There's no belief in the people or anything like that. They have agendas. The people are in the way. The Constitution is in the way. ... Americans need to comprehend and look at how ruthless Cheney is. ... A person like that would do anything."

Roberts final suggestion was that, in the absence of a massive popular outcry, "the only constraints on what's going to happen will come from the federal bureaucracy and perhaps the military. They may have had enough. They may not go along with it." The full audio of Thom Hartmann's interview with Paul Craig Roberts can be found here.