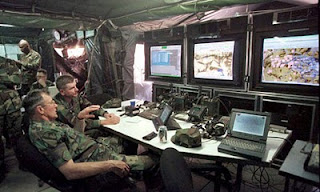 from kurt nimmo: NSA Director Lt. Gen. Keith Alexander told the Senate Armed Services Committee in April that he would work to protect the privacy rights of Americans online. It was an interesting comment from a man who heads up an organization responsible for a massive program of illegal dragnet surveillance of domestic communications and communications records of millions of ordinary Americans since at least 2001.

“NSA is the only place in the U.S. government that has the capabilities we need for defense of the private networks,” James A. Lewis, a senior fellow and cybersecurity expert at the Center for Strategic and International Studies, told the CIA’s favorite newspaper last year. “We need to find a way to use those capabilities without putting civil liberties at risk.” CSIS is an insider think tank dominated by the likes of Zbigniew Brzezinski, Brent Scowcroft, Henry Kissinger and other freedom lovers.

Threats against computer networks in the United States are grossly exaggerated. Dire reports issued by the Defense Science Board and the Center for Strategic and International Studies “are usually richer in vivid metaphor — with fears of ‘digital Pearl Harbors’ and ‘cyber-Katrinas’ — than in factual foundation,” writes Evgeny Morozov, a Belarus-born researcher and blogger who writes on the political effects of the internet.

Morozov notes that much of the data on the supposed cyber threat “are gathered by ultra-secretive government agencies — which need to justify their own existence — and cyber-security companies — which derive commercial benefits from popular anxiety.”

On Friday Alexander was appointed to head up the newly activated Cyber Command, a subordinate unified command under United States Strategic Command “designed to conduct virtual combat across the world’s computer networks,” according to The Guardian. The ceremony held at Fort Meade, Maryland, was “low-key” in order to not draw media attention.

Early last week the Air Force assigned approximately 30,000 “digital troops” to “the front lines of cyber warfare,” a number that represents a third of the troops in Afghanistan. “The transformation is part of the service’s larger emphasis on cyberspace operations and merging most computer system operations and network warfare functions under Space Command’s 24th Air Force, based at Lackland Air Force Base, Texas,” reported the Air Force Times on May 19.