pentagram can’t account for $19b spent on iraqi forces 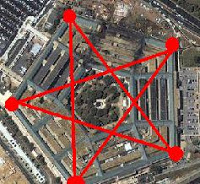 from washington post: The United States has invested $19 billion to train and equip nearly 350,000 Iraqi soldiers and police since toppling Saddam Hussein, but the ability of those forces to provide security remains in doubt, according to the findings of a bipartisan congressional investigation to be released today.

As a result, President Bush’s pledge to have U.S. troops “stand down” as Iraqi forces “stand up” remains unfulfilled. Instead, U.S. troop numbers and operations have escalated in recent months, and the overall level of violence has not decreased.

Despite the substantial number of Iraqi security forces and their increasing willingness to fight – demonstrated by rising numbers of casualties – their progress toward taking full responsibility for the nation’s security remains mixed, according to a report on the investigation by the oversight panel of the House Armed Services Committee. U.S. commanders now predict that it will take years and tens of thousands more Iraqi soldiers and police to achieve that goal.

The Pentagon “cannot report in detail how many of the 346,500 Iraqi military and police personnel that the coalition trained are operational today,” according to the 250-page report. Details of the document were provided to The Washington Post by congressional staff members.

“We have no idea what our $19 billion has gotten us,” said Rep. Martin T. Meehan (D-Mass.), chairman of the Armed Services subcommittee on oversight and investigations, noting that the United States investment represents $55,000 per Iraqi recruit.

“The DOD can’t tell us how well the Iraqis perform their missions or even plan them,” he said in an interview. “The police are in particularly bad shape, although they are critical to counterinsurgency.”