pepsico wants to ‘scare the crap’ out of your kids 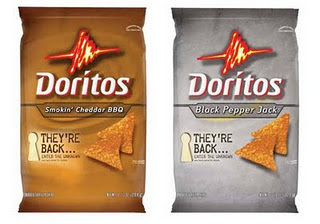 from civil eats: PepsiCo has long been my poster child for food corporations whose actions speak louder than words when to comes to responsible marketing. CEO Indra Nooyi loves to tout the company’s “Performance with Purpose” and show off the company’s “good-for-you” foods that it gets to define. Most don’t realize that PepsiCo is the nation’s largest food company, with five divisions spanning from soda to salty snacks to breakfast cereals. With annual revenues of $60 billion and 285,000 employees, PepsiCo is an multinational corporate behemoth.

Now the company’s true colors are revealed in all their twisted marketing glory. A legal complaint filed today with the Federal Trade Commission by the Center for Digital Democracy and several other groups called upon the agency to investigate PepsiCo and its subsidiary Frito-­Lay for “engaging in deceptive and unfair digital marketing practices” in violation of federal law.

Even if you thought you already knew that teenagers were being targeted online by junk food brands, I can guarantee that the marketing strategies revealed in this complaint and accompanying report will freak you out, either as a parent or just a human being.

Among the clever techniques PepsiCo has deployed are horror video games called Hotel 626 and its even scarier successor, Asylum 626, which, the company’s ad agency (Goodby, Silverstein & Partners) explained, were designed to “scare the crap out of teenagers,” in the hopes of selling more Doritos.