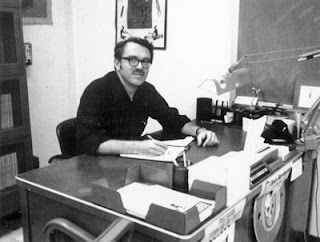 Popular Planet X doomsday scenarios surface regularly to remind us of its myth and mystery. An e-mail exchange at rense.com offers one listener's view followed by a rebuttal by yet another unnamed source. The opposing views highlight nicely arguments for and against the existence of an unknown large object in our solar system! The first e-mail asserts Pioneer 10 and twin Pioneer 11, launched in the seventies to find Planet X and summarizes other arguments which brought intense interest to the search. "September 10, 1984 US News and World Report declared in the article 'Planet X - Is It Really Out There?' that NASA had indeed found something approximately 50 billion miles away. Then in a 1992 press release NASA stated that, 'Unexplained deviations in the orbits of Uranus and Neptune point to a large outer solar system body of 4 to 8 earth masses on a highly tilted orbit, beyond [ONLY] 7 billion miles from the sun'". Dr. Robert S Harrington, a professional astronomer, also convinced, using same methods employed to detect Pluto and its moon, wrote in 1988, "The Location of Planet X," for the Astronomical Journal.

Harrington, chief astronomer at the U.S. Naval Observatory, took an 8-inch telescope in 1991 to Black Birch, New Zealand, an optimal spot for sighting Planet X according to writers John Dinardo and Janice Manning in, "Planet X and the Mysterious Death of Dr. Robert Harrington." In just two years, the astronomer had died of esophageal cancer and many question the timing and rapid demise at age 50. "By analyzing time-lapse photographs using the "blink comparison" technique, originated by famed Pluto discoverer, Clyde Tombaugh, Dr. Harrington proved that Planet X was indeed inbound into our Solar System. Harrington sent back reports of this ominous discovery, but died of what was reported to be esophageal cancer before he could pack up his telescope and come home to hold what would have been a highly publicized press conference." Is this the truth?

In rebuttal, the second anonymous email at rense.com dispatches many persuasive points with minimum words. Harrington credited with reigniting search for Planet X with calculations Pluto too small to account for perturbation in Uranus and Neptune orbits, second email concludes Planet X was never found. Is this the truth or is truth suppressed? It continues with dismissing twin Pioneer probes as not experiencing any perturbations in their trajectories. Voyager 2 found Neptune to be less massive than previously thought, thus accounting for its 'apparent' orbital perturbances. The most difficult argument is the the Infra-Red Astronomical Satellite (IRAS) which detected a large object not once but twice in six months. The response is perhaps most crafty of all with, "we don't know what it is?" The IRAS data found the object in same location after six months and implies data hints it's not a planet or there would be movement? Is this the truth? Or is the object too far away to measure movement with any accuracy?

On an intuitive level, a mind suspects something is up? Many preparations are underway such as the Svalbard Seed Vault and current wave of underground shelters. Is it too much to suspect, oligarchs are behaving as if they know their countless misdeeds will never be punished?