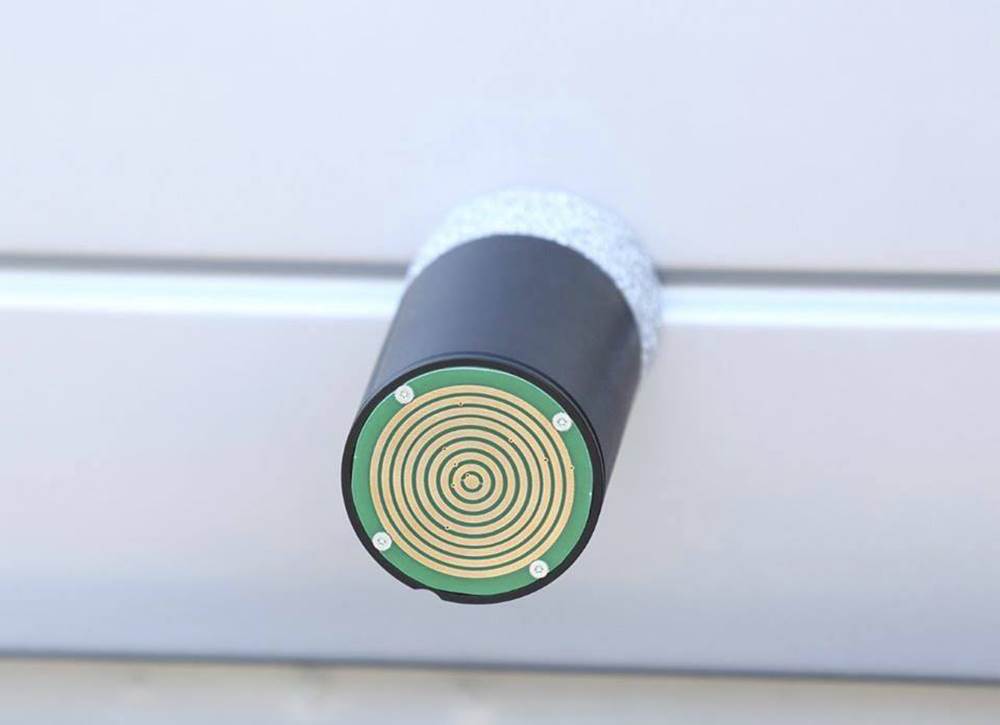 from copblock.org: A company by the name of StarChase has developed what is
being claimed as a high-tech way to safely deal with high speed car
chases. The Virginia Beach company describes itself as a
“pursuit-management technology company” and says that over 55,000
injuries occur each year due to high-speed pursuits.

The technology will fire a tracking device that looks like a large
shot-gun shell with adhesive on it, at a vehicle in pursuit. When
attatched, the device will  send GPS location data to police in real
time.

The tech uses a double-barreled compressed-air unit installed in the
grille of a police car and loaded with twin 4.5-inch GPS projectiles.
When the officer needs to pursue a suspect, he or she activates the
launcher using an in-car console or remote key fob. The system uses
laser acquisition to target the suspect’s fleeing or stationary car and
then shoots one of the GPS cartridges.

The projectiles are tipped with an industrial-strength adhesive, so
they stick. Once the suspect’s car is tagged, the GPS module relays the
car’s coordinates, heading, and speed every 3 to 5 seconds to police
dispatch. When officers know the tag is in place, they can pull back and
wait for backup—they might even turn off their lights and sirens.
Dispatch monitors the tagged vehicle on a digital road map and directs
officers to where the suspect is headed. Thinking they are not being
followed, suspects return to normal speeds or stop, allowing for safer
apprehension.

The Milwaukee Police Department announced this week that it will be
equipping patrol cars, although the department will not be the first to
use the tracking deployment systems. There are currently about two dozen
other departments using them around the country – but privacy advocates
say the devices raise questions about Fourth Amendment protections.

The American Civil Liberties Union (ACLU) has also weighed in on the issue and said any uses of GPS tracking technology outside the heat of a chase should require a warrant.

The Austin Police Department, which started using the devices in
2013, report that the technology has been utilized in 36 pursuits – all
of which resulted in no injuries for anyone involved and successful
apprehension of the suspect, reports NBC News.