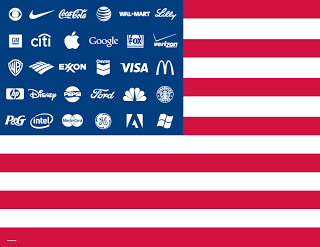 Police Escort Student From Class After Refusing to Pledge Allegiance 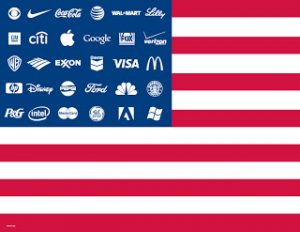 from raw story: A middle school teacher in Montgomery County, Maryland, will have to apologize to a 13-year-old student after yelling at her and having her escorted out of class by school police when the student refused to recite the Pledge of Allegiance.

According to the ACLU of Maryland, a 13-year-old female student at Roberto Clemente Middle School in Germantown refused to stand for the Pledge of Allegiance on Jan. 27. The teacher reportedly ordered the girl out into the hallway, where he threatened the girl with detention and then sent her to the school counselor's office.

The next day, when the student again refused to stand for the pledge, the teacher called school officers to remove her from the classroom and take her to the counselor's office once again.

"When the student’s mother reached out to an assistant principal for help in dealing with the teacher’s abusive and improper actions, the official said her daughter should instead apologize for her 'defiance.' The student did apologize, twice," the ACLU states.

The right to sit silently during the Pledge of Allegiance has been held up by the US Supreme Court, and is enshrined in Maryland state law and Mongtomery County Public Schools' own policies, reports the Washington Post.

"No one will be permitted to intentionally embarrass you if you choose not to participate," says the school district's handbook, according to TheGazette.net in Maryland.

The ACLU and the girl's mother declined to identify the girl. They say the student, now 14, has been "traumatized" by the experience, including taunting from fellow students, and has not returned to the school since the incident.

Neither the ACLU nor the school district would identify the teacher involved.

The girl's mother says the way the teacher "bellowed" at her daughter was inappropriate and the school should take disciplinary action against the teacher, reports TheGazette.net.

"It's an even bigger problem because he did it to a child in front of a group of other children," the mother said. "On top of that, the school didn't protect her. I thought they would protect her, and that's why I let her go to that school. I was disappointed."

The turning point evidently came when the ACLU of Maryland sent a letter (PDF) to the school district asking for an apology.

"Expression of patriotism in unsettling times certainly is a worthy and understandable emotion," the letter stated. "But, as the Supreme Court recognizes, that expression is best honored by venerating the civil liberties and freedoms enshrined in the Constitution and not by losing patience with those whose views or actions do not conform to those of the majority."

The teacher's actions were "a violation of our regulations, and we're in the process of rectifying the situation," Montgomery Public Schools spokesperson Dana Tofig told TheGazette.net. Tofig said the teacher would apologize to the student, but would not say if any disciplinary action would be taken against the teacher.

The president of the county's teachers' union, Doug Prouty, told the Washington Examiner that he supports the move to have the teacher apologize. "My initial thought is yes, but we would need to know all of the details," Prouty said.

School officials say several conflicts involving the Pledge of Allegiance arise every year in Maryland, but most are resolved quietly.

update: thanks to red ice creations for posting this story