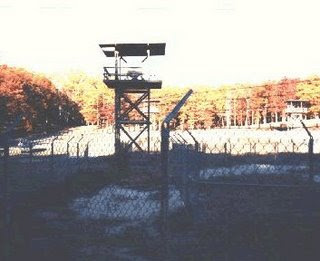 audio: lee rogers on 'overnight america' discussing hr645
from rogue government: Below is an mp3 file of Lee Rogers as a guest on the syndicated CBS Radio show, Overnight America w/ Jon Grayson discussing HR 645 or the National Emergency Centers Act which authorizes existing facilities to be used as National Emergency facilities as well as the Homeland Security Secretary to build additional FEMA facilities on open and closed military bases.

the reality of fema camps & the martial law apparatus

from rogue government: There is no doubt that the government is preparing a nationwide system of detention facilities under the guise of emergency management that could be used to house large quantities of Americans during a time of civil strife. Many think that it is a conspiracy theory, but it is not. It is a fact that the federal government has many facilities right now that can be used to house large numbers of political dissidents if the need arises. During World War II, the U.S. government through an executive order by FDR forced many Japanese-Americans to move into internment camps. In 2006, George W. Bush signed legislation to preserve these camps. Why would he do this unless there was a chance that they would be used in the future? In addition, KBR the engineering and construction arm of Halliburton was recently awarded a $385 million contract to build detention facilities under the guise that they would be used to house illegal immigrants. This news broke at a time in which outrage against illegal immigration was at an all-time high and covered extensively in the media which in essence made the announcement less controversial. There is also a great deal of anecdotal and video reports of detention facilities in many areas around the nation that have been posted on the Internet by concerned citizens. With all of this in mind, it is additionally disturbing that institutions like the Department of Homeland Security and U.S. Northern Command have been incrementally moving this country into a militarized police state through a wide variety of initiatives and programs. With the economy unraveling on a day to day basis the possibility of civil strife becomes greater and greater and the possibility of the establishment needing these types of facilities continually increases. 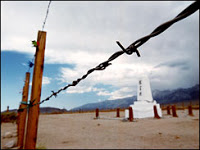 Last week we were the first to break news of legislation proposed in Congress by Representative Alcee Hastings (D-FL) that would legalize and authorize the construction of National Emergency Centers on open and closed military bases which would be run by the Federal Emergency Management Agency otherwise known as FEMA. It is already confirmed that infrastructure which could possibly be used in this capacity is already available to the U.S. government. So for all intents and purposes this bill will essentially provide the legal capacity for them to use already existing facilities as emergency centers. It also provides the government the authority to create additional facilities on closed and open military reservations so long as a minimum of 6 emergency centers are built to fulfill the needs of the FEMA regions designated in the bill. The language in the bill also authorizes the Secretary of Homeland Security to use these facilities for whatever purpose that the Secretary believes is necessary. So if the Secretary wanted to use them as concentration camps, death camps or torture facilities, the language in the bill authorizes that activity.

dod establishes civilian expeditionary workforce
from defenselink: The Defense Department is forming a civilian expeditionary workforce that will be trained and equipped to deploy overseas in support of military missions worldwide, according to department officials. The intent of the program “is to maximize the use of the civilian workforce to allow military personnel to be fully utilized for operational requirements,” according to a Defense Department statement. Deputy Defense Secretary Gordon England signed Defense Department Directive 1404.10 [160kb PDF], which outlines and provides guidance about the program, on Jan. 23.

govts across europe tremble as angry people take to the streets

church org refuses to divulge if pastors are on fema payroll

from paul joseph watson: A large church organization has refused to divulge how many of its pastors are on the FEMA payroll, after a member expressed concerns about religious leaders being used to condition their congregation to accept the declaration of martial law. In a May 2006 story we first broke the shocking news that FEMA was training pastors and other religious representatives to become secret police enforcers who teach their congregations to “obey the government” in preparation for a declaration of martial law, property and firearm seizures, and forced relocation. Despite debunkers and urban myth websites claiming the story was a hoax, it was confirmed in triplicate by mainstream news outlets over a year later. A KSLA news report confirmed that Clergy Response Teams are being trained by the federal government to “quell dissent” and pacify citizens to obey the government in the event of a declaration of martial law. Concerned about such developments, a member of the California-based Worldwide Church of God, an organization that boasts 64,000 members in 860 congregations in about 90 countries, asked if any of the church’s pastors were involved in the FEMA program. “The head office quickly replied hastily within an hour by telling me, “Sorry, that is privileged information”, the man states. “The reply was in big bold script like I’ve never seen before in emails. I was also a bit put off by the word “privileged. I responded to the stated email and reworded my request slightly by demanding, 'are there ANY of our pastors on the payroll of FEMA , YES or NO.' Their first response came after about an hour. But, it has been almost 24 hours and I am still waiting for my church’s second response to my second request,” he adds. 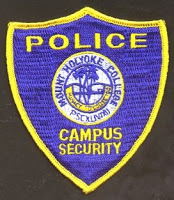 from rogue government: A new bill proposed in the U.S. House of Representatives seeks to take federal control over the security of College and University campuses across the nation. House Resolution 748 or the CAMPUS Safety Act of 2009 would provide grants to institutions of higher education and other nonprofit organizations to assist in carrying out a myriad of functions pertaining to standardizing campus security across the country. This is yet another attempt by the federal government to centralize even more control over any sort of local or community agency pertaining to campus public safety and law enforcement.

gangs behind 80% of US crime 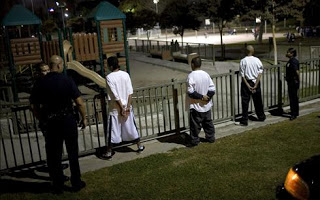 from usatoday: Criminal gangs in the USA have swelled to an estimated 1 million members responsible for up to 80% of crimes in communities across the nation, according to a gang threat assessment compiled by federal officials. The major findings in a report by the Justice Department's National Gang Intelligence Center, which has not been publicly released, conclude gangs are the "primary retail-level distributors of most illicit drugs" and several are "capable" of competing with major U.S.-based Mexican drug-trafficking organizations. "A rising number of U.S.-based gangs are seemingly intent on developing working relationships" with U.S. and foreign drug-trafficking organizations and other criminal groups to "gain direct access to foreign sources of illicit drugs," the report concludes. The gang population estimate is up 200,000 since 2005. Bruce Ferrell, chairman of the Midwest Gang Investigators Association, whose group monitors gang activity in 10 states, says the number of gang members may be even higher than the report's estimate.