video: incredible footage of mass arrests in st paul
from alternet: Newly released footage, which was buried to avoid confiscation, shows riot cops arresting and abusing a giant group of people for nothing.

fema sources confirm coming martial law
from wayne madsen: WMR has learned from knowledgeable Federal Emergency Management Agency (FEMA) sources that the Bush administration is putting the final touches on a plan that would see martial law declared in the United States with various scenarios anticipated as triggers. The triggers include a continuing economic collapse with massive social unrest, bank closures resulting in violence against financial institutions, and another fraudulent presidential election that would result in rioting in major cities and campuses around the country.

saic awarded $254m contract by the defense intelligence agency
from saic: Science Applications International Corporation today announced it has been awarded a contract by the Defense Intelligence Agency to support the National Media Exploitation Center (NMEC). The contract has a six month base period of performance, four one-year options and a total contract value of more than $254 million if all options are exercised. Work will be performed primarily overseas. The NMEC provides strategic document and media exploitation support to the intelligence community, law enforcement and the Department of Defense. Under the contract, SAIC will provide linguist translation and transcription, media and document exploitation and related support services. "We look forward to helping this important customer provide timely, objective, all-source military intelligence to policy makers, war fighters, and force planners to meet current and future challenges," said John P. Hynes Jr., senior vice president and business unit general manager.

from kurt nimmo: According to a report released by the National Research Council, automated identification of terrorists through data mining or any other mechanism “is neither feasible as an objective nor desirable as a goal of technology development efforts.” Inevitable false positives, writes Declan McCullagh for CNet News, will result in “ordinary, law-abiding citizens and businesses” being incorrectly flagged as suspects. McCullagh writes that the report “amounts to at least a partial repudiation of the Defense Department’s controversial data-mining program called Total Information Awareness, which was limited by Congress in 2003.” TIA, however, was not put out to pasture by Congress, as the former Clintonite Peter Swire admits. “I believe that Total Information Awareness is continuing under other names,” he told Democracy Now. Reuters obtained a congressional report that revealed nine months after Congress allegedly shut down TIA, the U.S. government continues to comb private records and databases.

from baker county press: Baker County High School was the stage for a carefully orchestrated school shooting exercise September 13 — one that officials hope never actually happens. It was designed to test the response from law enforcement, school faculty, the fire department and rescue, should students or others ever open fire during the school day. The mock scenario began when two teenagers, armed with an assault rifle and pistols, emerged from the main office and fired on the school’s student resource officer and students from the courtyard opposite the media center and cafeteria. The response included patrol deputies, a special response team that was called in after one of the gunmen took hostages in the cafeteria, and medical personnel who treated the wounded. “You can talk about it all day long, but being there and doing it is a very different level of preparedness and awareness,” Superintendent Paula Barton said shortly before the drill began. “It’s as close to the real thing without it actually happening, God forbid.” The exercise was managed by Emergency Operations Center Director Adam Faircloth with assistance from a division of URS, Inc. that offers emergency preparedness planning services to communities across the country. It was funded through grants from the US Department of Homeland Security. 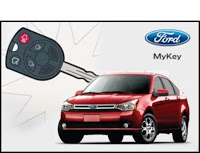 from techradar: Ford has launched a parental control system for its cars, with the MyKey system checking young drivers' speed, safety and limiting stereo volume. MyKey will enable car owners to limit the top speed of their car to 80mph, limit the upper level volume on their stereo and make the car sound a continuous alert if passengers are not wearing their seatbelts. Optional warning tones can also be sounded if the car goes faster than 45, 55 or 65 mph.

fbi warns of potential terror attacks on public buildings
from deepbackground: The Department of Homeland Security (DHS) today issued an analytical "note" to U.S. law-enforcement officials cautioning that al-Qaida terrorists have in the past expressed interest in attacking public buildings using a dozen suicide bombers each carrying 20 kilograms of explosives. Authors with the U.S. Office of Intelligence and Analysis added that they have "no credible or specific information that terrorists are planning operations against public buildings in the United States." The DHS analysts--after coordinating with the FBI Threat Analysis Unit--said they were releasing the note because "it is important for local authorities and building owners and operators to be aware of potential attack tactics." According to the note obtained by NBC News, a "recently discovered audio recording of al-Qa‘ida training sessions conducted several years ago provides instruction to potential suicide terrorists on seizing a publicly accessible building and damaging or destroying it with explosive charges."

were arrested rnc protesters 'terrorists'?
from wcco: They pretended to throw firebombs at cars and buildings. Met in training camps to talk about guerrilla warfare, kidnapping and bomb-making. Drew up maps detailing possible targets. The eight people arrested ahead of the Republican National Convention say they were just exercising their protest rights. But each faces a felony charge accusing them of advancing terrorism, raising questions about who qualifies as a "terrorist" under state law. Prosecutors say the defendants created fear in an attempt to keep delegates from attending the convention. Civil rights advocates and others say prosecutors are misusing a statute that defines terrorism too broadly. It's no small distinction. The defendants face up to 7 1/2 years in prison if convicted. "Political demonstration that turns rowdy or violent may involve criminal activity, but to call it terrorism is losing all sense of perspective," said Jameel Jaffer, director of the ACLU's national security project in New York. "The government is pushing the envelope."

homeland security's space-based spying goes live
from global research: While America's attention has shifted to the economic meltdown and the presidential race between corporate favorites John McCain and Barack Obama, The Wall Street Journal reported Wednesday that the Department of Homeland Security's (DHS) National Applications Office (NAO) "will proceed with the first phase of a controversial satellite-surveillance program, even though an independent review found the department hasn't yet ensured the program will comply with privacy laws." As I wrote in June, NAO will coordinate how domestic law enforcement and "disaster relief" agencies such as FEMA use satellite imagery intelligence (IMINT) generated by U.S. spy satellites. Based on available evidence, hard to come by since these programs are classified "above top secret," the technological power of these military assets are truly terrifying.

from dailykos: On Friday, September 26, the end of a week in which thousands of copies of Obsession: Radical Islam's War Against the West - the fear-mongering, anti-Muslim documentary being distributed by the millions in swing states via DVDs inserted in major newspapers and through the U.S. mail - were distributed by mail in Ohio, a "chemical irritant" was sprayed through a window of the Islamic Society of Greater Dayton, where 300 people were gathered for a Ramadan prayer service. The room that the chemical was sprayed into was the room where babies and children were being kept while their mothers were engaged in prayers. This, apparently, is what the scare tactic political campaigning of John McCain's supporters has led to - Americans perpetrating a terrorist attack against innocent children on American soil.

US court overturns terror convictions of two yemenis
from afp: A US federal appeals court in New York has overturned the convictions of two Yemenis who were tried on charges of supporting Al-Qaeda, officials said Saturday. The second US circuit court of appeals overturned the convictions of Sheik Mohmmed Ali Al Moayad and Mohammed Zayed, who had been sentenced to 75 and 45 years in jail respectively, on Thursday. Following the ruling, the two men - who were arrested in Germany in 2003 and extradited to the United States - were put under the jurisdiction of another judge and could be retried. The appeals court said Al-Moayad, 60, and Zayed, 34, were convicted of financial support for Al-Qaeda and the Palestinian group Hamas based on "highly inflammatory and irrelevant" testimony of third parties who unfairly influenced the jury.

nypd officer kills himself over taser episode
from ap: The man was naked, teetering on a building ledge and jabbing at police with an 8-foot-long fluorescent light bulb as a crowd gathered below. Lt. Michael Pigott responded by ordering an officer to fire a stun gun at the man, who froze and plunged headfirst to his death in a scene captured on amateur video and replayed frequently on the Internet. The officer was remorseful and distraught. He apologized and sought the family's forgiveness. Then he went to his unit's headquarters Thursday morning, his 46th birthday, and fatally shot himself just hours before the family laid the victim to rest. "The lieutenant was deeply distraught and extremely remorseful over the death of Iman Morales in Brooklyn last week," Mayor Michael Bloomberg said. "Sadly, his death just compounds the tragedy of the loss of Mr. Morales." The suicide marks another tragic turn in a case that has raised questions about the use of Tasers by the nation's largest police force.