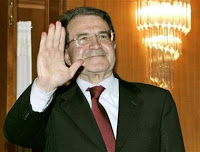 from reuters: Prime Minister Romano Prodi and his predecessor Silvio Berlusconi will not be called to testify on behalf of Italy's former spy chief, who is accused of helping the CIA kidnap a terrorism suspect, a judge ruled on Tuesday.

Prosecutors want to try 26 Americans, most believed to be CIA agents, for grabbing Muslim cleric Hassan Mustafa Osama Nasr off a Milan street in 2003 and flying him to Egypt, where he says he was tortured.

Italy's former spy chief Nicolo Pollari, who risks indictment on suspicion of aiding the CIA mission, wanted Prodi and Berlusconi to defend him at a preliminary hearing since he says information proving his innocence is classified.

But Judge Caterina Interlandi ruled that the men's testimony was not relevant to her decision on whether there is enough evidence to warrant a trial, legal sources said.

She further ruled that state secrecy rules did not apply to the kidnapping case, despite Pollari's claims to the contrary. 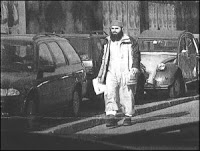 If she orders a trial, as looks increasingly likely after Tuesday's ruling, it would be the first criminal procedure over renditions - one of the most controversial aspects of U.S. President George W. Bush's global war on terrorism.

The case is being closely watched all over Europe, where judicial authorities in several countries are investigating accusations of CIA secret prisons and secret transfers of U.S. terrorism suspects.

A judge in Germany last week ordered the arrest of 13 people linked to the abduction of a German national who says he was kidnapped and tortured by the CIA.