Prop. 37: Will California Be First State To Label GMOs? 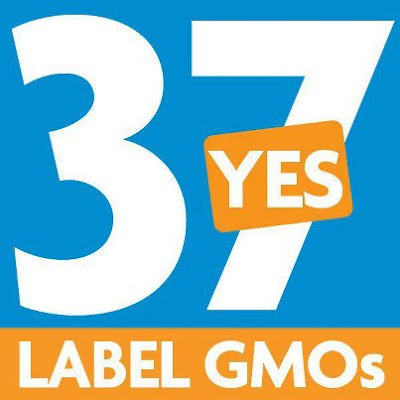 from csmonitor.com: Another multimillion-dollar fight over a ballot initiative – with big implications for the country – is brewing here in California. The initiative, which is on the ballot this November, has a mouthful of a name: the “California Right to Know Genetically Engineered Food Act.”

If Proposition 37 passes, California will become the first state in the nation to require that food manufacturers appropriately label all food – raw and processed – that contain ingredients made from genetically modified organisms (GMOs). That term refers to scientific procedures that have altered the genetic material in various organisms.

Proponents say that consumers have a right to know what kinds of food they are buying and eating, while opponents say it would produce a system too burdensome on food sellers and distributors and needlessly costly to consumers.

To date, similar labeling laws have failed in 19 states. Also, a law requiring the labeling of bovine growth hormones was struck down in federal court in 1996.

But if California passes the measure, things could change across the United States.