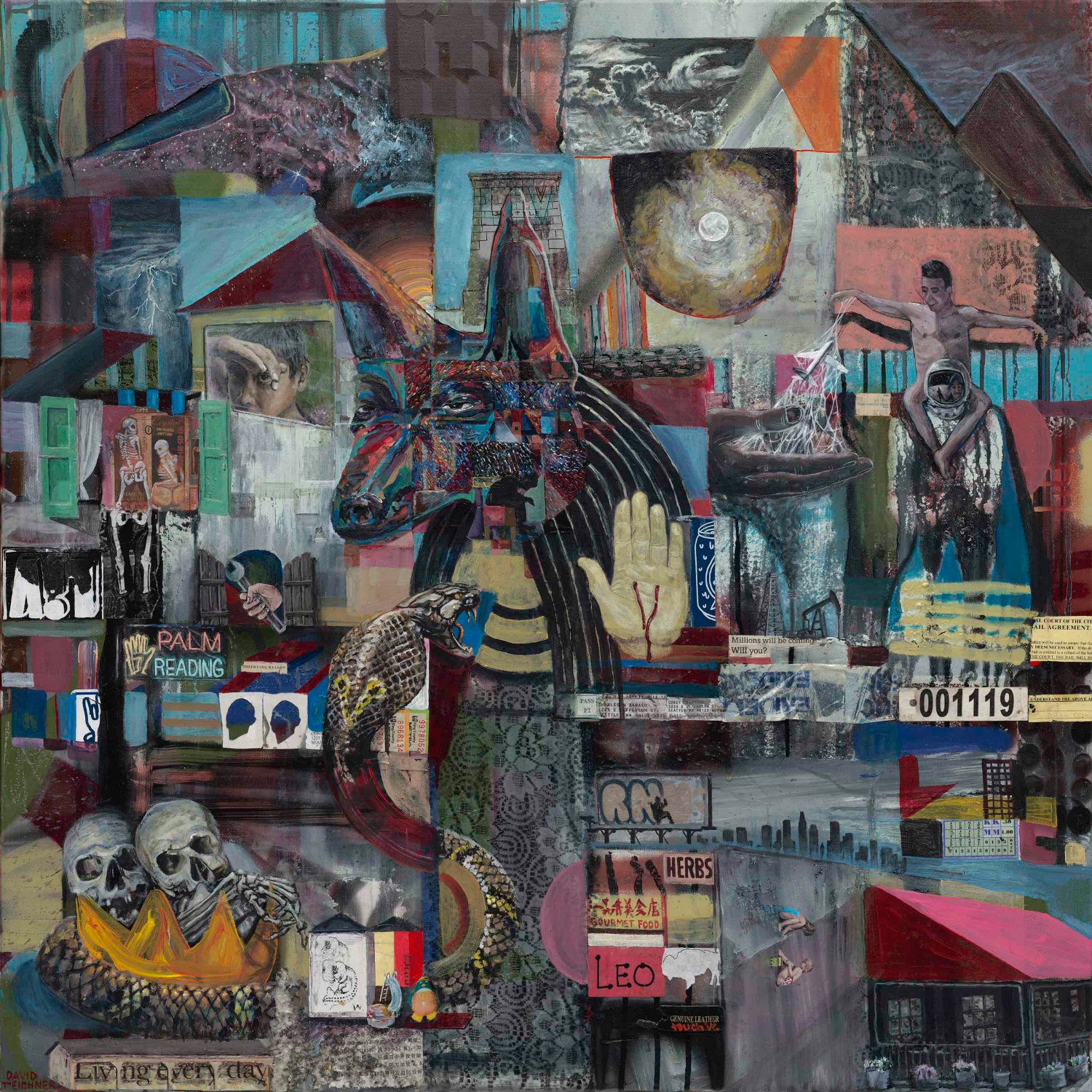 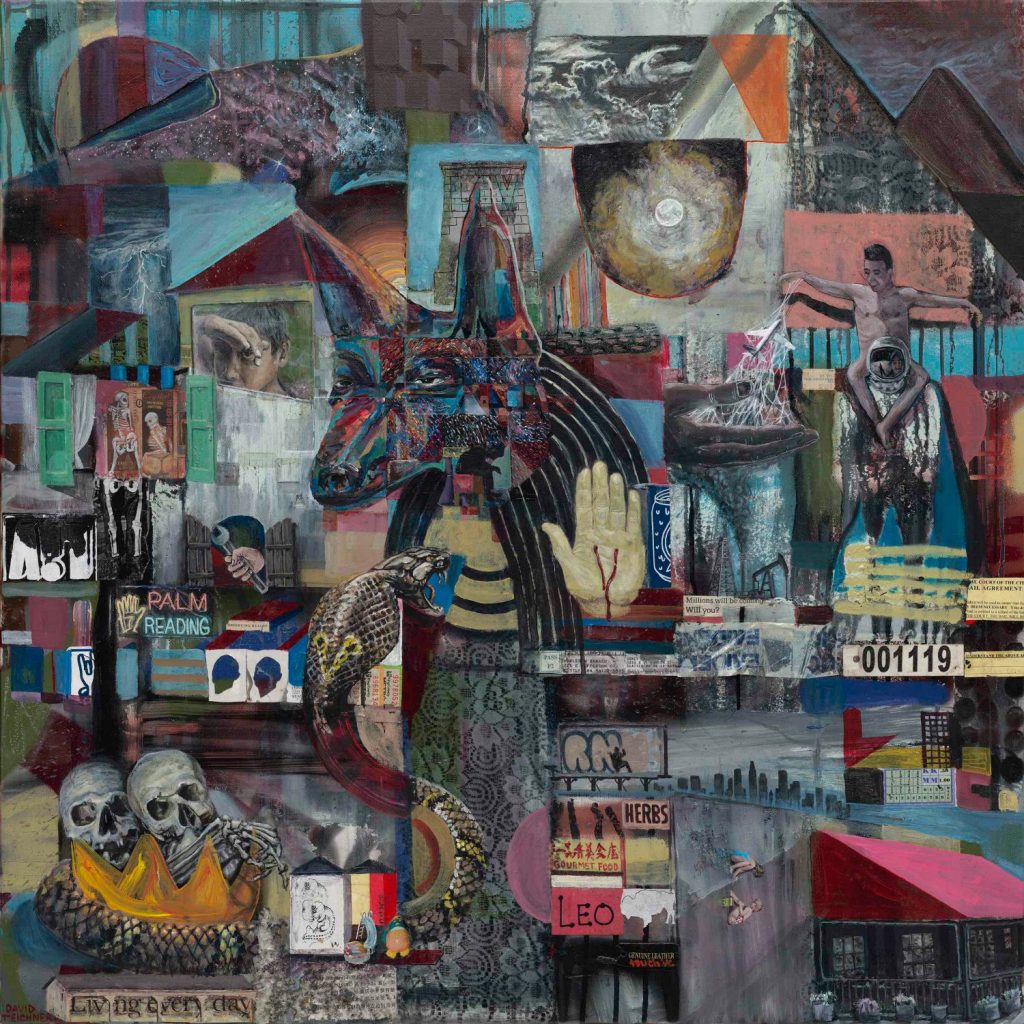 Crocodiles
"Crybaby Demon"
'Boys'
Zoo, 2015
Notes: "[Stereogum] named Crocodiles a Band To Watch way back in 2009, and since then, they’ve released four full-length albums and a slew of EPs. We haven’t heard much from the Southern California-based duo since 2013’s Crimes Of Passion... “Crybaby Demon” is the record’s first single, a jangly experiment in psych-pop that rides on the choral line, “She gets so high.”" We heard Crocodiles' "I Like It In The Dark" from 'Crimes of Passion' back in 2013 on Episode075. (And lead Croc Brandon is also married to Dee Dee of Dum Dum Girls.)
(@KillCrocodiles)

Thee Oh Sees
"Web"
'Mutilator Defeated At Last'
Castle Face, 2015
Notes: "Less than a year ago, Thee Oh Sees released their punk-oriented psych record Drop, but the [Bay Area] band has wasted no time announcing its follow-up. Mutilator Defeated At Last [came out] in May on Castle Face Records, and “Web” is the album’s opening track and debut single, which the band has been performing live for quite some time." Thee Oh Sees are our most played band here on PUTV and they're making their 7th appearance!
(@TheeOhSees)

Rose Windows
"Glory, Glory"
'Rose Windows'
Sub Pop, 2015
Notes: "During the five-year tenure of Rose Windows, the Seattle septet were often one of the Pacific Northwest’s headiest and most enigmatic bands... Across their two studio releases, 2013’s The Sun Dogs and 2015’s Rose Windows, they captured that sound with producer Randall Dunn to local acclaim and increasing national attention. A few weeks before the release of Rose Windows, the group unexpectedly announced their dissolution over Facebook. Although it’s unclear what was occurring within the band when they recorded Rose Windows, “Glory, Glory” only shows a band firing on all cylinders." Taking their fourth - and probably final - bow on PUTV, the now-defunct Seattle band Rose Windows rides off into the sunset with our title track!
(@RoseWindowsBand)

Meg Mac
"Roll Up Your Sleeves"
'MEG MAC' EP
Littlebigman, 2015
Notes: "Melbourne singer-songwriter Meg Mac knocked it out of the park with her recent stunning cover of Broods’ track Bridges and now in the lead up to her forthcoming debut EP MEGMAC the neo-soul powerhouse is streaming her latest soulful single Roll Up Your Sleeves."
(@MegMacMusic)

Girlpool
"Before the World Was Big"
'Before the World Was Big'
Wichita, 2015
Notes: "Girlpool wants the whole world... The [LA] duo’s debut album, Before the World Was Big, grapples with the paradoxical feeling of wanting both the safety of childhood and the freedom of adulthood. On the title track, they vent their boredom with the same surroundings they’ve lived in forever...their phrasing falling in and out of sync like a couple of kids passing off a round."
(@GirlPoolBand)

Novella
"Land Gone"
'Land'
Sinderlyn, 2015
Notes: "The London-based band Novella [released] their new LP, Land, in May on Sinderlyn Records. The quintet recorded the album in January of 2014 with Jonas Verijnen (Moon Duo, Ballet School) and Joshua Third (the Horrors), and if the debut single “Land Gone” is any indication, the album will be a succinct homage to ’90s shoegaze and the psychedelic ’60s. The song skates on a muted wall of sound, its lyrics spiraling out of a medieval landscape."
(@Novella_Novella)

Patrick Watson
"Places You Will Go"
'Love Songs for Robots'
Domino, 2015
Notes: "Following a launch with The Fader... [Montrealer] Patrick Watson’s ‘Places You Will Go’...from Love Songs for Robots, his highly anticipated fifth record... Watson explains: “I wanted to make a science fiction R’n’ B meets Vangelis erotica with a zest of folk kind of record.”" It's been a few years since we heard Patrick Watson back on Episodes006/010, his third spin here is his album closer.
(@PatrickWatson)

Phoenix Foundation
"Mountain"
'Give Up Your Dreams'
Memphis Industries, 2015
Notes: "New Zealand experimental pop sextet the Phoenix Foundation will release sixth album Give Up Your Dreams this summer, and today they’ve shared the opening track. The humongous “Mountain” is indicative of a new focus on rhythm that comes along with the addition of drummer Chris O’Connor, with a tumbling percussive onslaught acting as the current for a hallucinogenic swirl of synths, guitars, and vocals. It reminds me of Yeasayer’s new millennial prog-pop as filtered through the dark psych of latter-day Flaming Lips."
(@PhoenixFound)

Surfer Blood
"Island"
'1000 Palms'
Joyful Noise, 2015
Notes: "Surfer Blood continue to perfect their solemn beach vibes with jangly guitars and good 'ol pop hook choruses with the likes of second track 'Island', which sees Pitts showcase his angelic vocals in the verse over a soothing riff, before being thrown full force into a barrage of crashing cymbals and hammering power chords. The bottom line: if you're looking for an intelligent summer record then hit download immediately." It's my buddies from Surfer Blood's fourth time on PUTV (fifth if you count our #BestOf2013 mixtape) with a third song from the new album, '1000 Palms'.
(@SurferBlood)

Riothorse Royale
"Get Out of My House"
'The Guest House' EP
self-released, 2015
Notes: "Riothorse Royale, the mind- and vocal-melding of [bi-coastal] singer-songwriters Madi Diaz and Emily Greene, debuted early this year with the hypnotic single “Rabbit Hole,” a song whose allure drew from its metronomic pace and idyllic harmonies. Since then, the duo have released a full EP, “The Guest House,”... “Get Out of My House” is the highlight, a pulsing directive you feel as if you have no choice but to obey, because as drop-dead pretty as those voices sound, there are two of them and only one of you.
(@RiothorseRoyale)

Speedy Ortiz
"The Graduates"
'Foil Deer'
Carpark, 2015
Notes: "The product of a trio of Massachusetts local staples and an English lecturer at UMass-Amherst, Northampton, Massachusetts’ Speedy Ortiz use wiry guitars and Sadie Dupuis’ incisive lyrical voice to trace intriguing and empowering narratives... Carried by a pair of fluid guitar melodies, “The Graduates” plays its cards slowly, allowing Dupuis’ signature wordplay (about falling for her now-boyfriend) to sit front and center. It’s quite a bit of effort for Dupuis to say “I like you”, but the between-the-lines performances on “The Graduates” makes the delivery of Dupuis’ admission an interesting chapter to read."
(@KillQuilty)