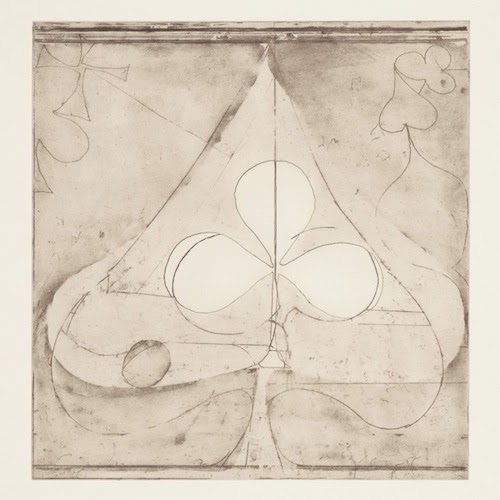 Moby
"Almost Home" (w/ Damien Jurado)
'Innocents'
Little Idiot/Mute, 2013
Note: "Innocents is in line with Wait for Me (2009) and Destroyed (2011), Moby's most intimate and isolated albums. Following a move from New York to Los Angeles, he recorded almost all the instrumentation by himself. He made a considerable change by seeking vocals from an extended cast of relatively known singers -- including Mark Lanegan, the Flaming Lips' Wayne Coyne, Cold Specks, Skylar Grey, and Damien Jurado..."
(More Info)

Pixies
"Indie Cindy"
'EP1'
Pixies Music, 2013
Note: It may not be the barn-busting, knockout, comeback return we would've hoped for, but having the Pixies back is damn good enough... "The Pixies released a new four-song EP...along with a video for the record's "Indie Cindy." The song is ghostly, surf-flecked alternative rock that weaves between rant-y verses and sweetly sung, love-oriented choruses."
(More Info)

Aura
"Taste Of Love"
'Purple Snow: Forecasting the Minneapolis Sound'
Numero, 2013
Note: "For their 50th release, obscurities and reissues label the Numero Group have turned to the Twin Cities for inspiration. Their upcoming compilation Purple Snow: Forecasting the Minneapolis Sound details the funk and rock music that came before Prince's reign began... Purple Snow's 32 tracks include late 70s/early 80s projects from pre-solo stardom Prince, super producers Jimmy Jam and Terry Lewis, and more. As usual, the collection gets the full, beautiful Numero treatment. It's out on four LPs or two CDs and comes with a hardbound full-color book companion."
(More Info)

Herman Jones
"I Love You"
'Purple Snow: Forecasting the Minneapolis Sound'
Numero, 2013
Note: "Herman Jones backed and fronted various incarnations of St. Paul’s the Exciters, off and on. through the ’60s, ’70s, and ’80s. A tireless performer and respectable songwriter, the unreleased “I Love You,” is currently the most consistently sung ditty around the Numero office. The flip side ("I'm Broke") is also unreleased, and is exclusive to this 45..."
(More Info)

Blitzen Trapper
"Ever Loved Once"
'VII'
Vagrant, 2013
Note: Last heard on Episode078, the Portland-based band comes back to PUTV with more music from their latest. "Blitzen Trapper is having a pretty good year. The self-proclaimed can of Rocky Mountain Whoop Ass celebrated its 10th anniversary with a deluxe reissue of the band's 2003 debut, Blitzen Trapper... Now they’re back with something like a return to form in their seventh full-length — and first for new label Vagrant — simply titled VII... “Ever Loved Once” is catchy enough, with all the fixings for another “Wild Mountain Nation.”"
(More Info)

Songs: Ohia
"Farewell Transmission"
'The Magnolia Electric Co.'(10th Anniversary Deluxe Edition)
Secretly Canadian, 2013
Note: "Equally indebted to ’70s singer/songwriters, outlaw country, southern rock, and lo-fi, Jason Molina’s work as Songs: Ohia and Magnolia Electric Co. presented him as one of the most unique songwriters of the 2000s... As an opening statement to one of his strongest albums, “Farewell Transmission” is stunning, but as an epitaph, it is even more harrowing. Clocking in at over seven minutes, the song gives Molina plenty of time to stretch out musically, running through multiple verses “Tangled Up In Blue”-style."
(More Info)

Watson Twins
"Every Day Dream"
'Pioneer Lane'
Watson Twins, 2013
Note: "In 2006, Los Angeles' (by way of Louisville!) the Watson Twins mesmerized us with their sibling harmony on Jenny Lewis and the Watson Twins' Rabbit Fur Coat. Since then, the sisters have released four sweetly euphonic albums and one EP of their alt-country-tinged folk. Today, the Watson Twins are celebrating the digital release of their latest record, Pioneer Lane, which features nine original, family-friendly, folk songs..."
(More Info)

Mind And Matter
"Sunshine Lady"
'Purple Snow: Forecasting the Minneapolis Sound'
Numero, 2013
Note: "In March of 1977, Mind & Matter completed the final mixes of “Sunshine Lady” and “I’m Under Your Spell,” which would share sides of the group’s self-released 45. Tracked at Creation Studios on Old Shakopee Road in Bloomington, Minnesota, one forward thinking bandmate thought enough of the occasion to bring a camera to the recording session."
(More Info)

Grizzly Bear
"Listen and Wait"
'Shields: B-Sides'
Warp, 2013
Note: We last heard GB way back on Episode025, where they coincidentally had "Yet Again," the title track of that episode, too! "Multi-part harmonies, elliptical melodies, and psych-tinged instrumentation have driven Grizzly Bear to be one of indie rock’s premier acts in the 21st century... “Listen and Wait” highlights Grizzly Bear’s talent for making the most of space while revealing their penchant for subtly-changing dynamics, producing a song that, while out of place on Shields, maximizes each member’s contribution to shine on its own."
(More Info)

Walter Lewis and the Blue Stars
"I Have Love At Home"
'Purple Snow: Forecasting the Minneapolis Sound'
Numero, 2013
Note: Wow, I really can't find anything out about these guys... but with each song, I get closer to needing this comp!
(More Info)

Holograms
"Meditations"
'Forever'
Captured Tracks, 2013
Note: "Falling somewhere between 1977-era punk and its post-punk remnants, Sweden’s Holograms have emerged as one of their country’s most consistently engaging and visceral punk groups... Across a cutting guitar line and moody synths, a shouted chorus of “Destruction/Destruction/Destruction” turns from something claustrophic to an anthem. If the walls are caving on Holograms in “Meditations” - which is certainly what it sounds like - they’re not going down without a furious last gasp."
(More Info)

Kwes.
"36"
'ilp'
Warp, 2013
Note: "Kwes, the British singer/producer, has announced the details of his debut album. It's called ilp and arrives on October 15 via Warp-- have a listen to album cut "36" below. That's the album cover, above. It follows last year's Meantime EP. Read our Rising interview with Kwes, which includes some very endearing correspondence about cabbage and honey, here."
(More Info)

The Melodic
"On My Way"
'Effra Parade'
ANTI-, 2013
Note: "Hailing from South London, The Melodic captures a vibrant folk-pop aesthetic inspired by the 60's. The band put a small orchestra together to round out their impeccable sound."
(More Info)

The Stylle Band
"If You Love Me"
'Purple Snow: Forecasting the Minneapolis Sound'
Numero, 2013
Note: "Everybody likes a good length and this comes in the form of a rare 7 inches of pure funk from 1983. This is their only release before disbanding with most of the members disappearing never to be heard on wax again....."
(More Info)

Summer Aviation
"Thrust"
'Elevator' EP
self-released, 2013
Note: "As their name might suggest, Summer Aviation aims to create bright, uplifting music, which contrasts the general grey malaise that their hometown of Seattle often offers its residents... Their song “Thrust” entreats listeners to dance. Kevin’s lyrics are pushed back in the mix, providing a more protruding rhythm and musical melody."
(More Info)

****************************************
@PumpUpThaVolume Music News:
Fruit Bats have announced the end of Fruit Bats. RIP Fruit Bats.
A study by singer David Lowery is leading to a crackdown on websites that publish song lyrics
#HOH RT @lilyallen: In case you missed it here's my new video. HARD OUT HERE
Details in the Yellow Dogs murders are clearer a day after a gunman opened fire on members of the Brooklyn band
Purple Snow on Minnesota Public Radio
UPDATE: Cover art for #Morrissey's 'Satellite of Love' (Live) single
And So I Watch You From Afar @ASIWYFA_BAND on @audiotreemusic http://vimeo.com/78620289 wow, thanks @brocwest!