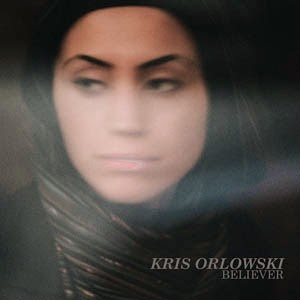 Black Bananas
"Physical Emotions" single
Drag City, 2014
Notes: "Black Bananas (aka Jennifer Herrema, formerly of Royal Trux) is becoming very active in 2014 after a few years of silence. First we heard her crazy remix of Liars’ “Mess On A Mission,” and now she’s announced a new album. First single “Physical Emotions” features her singing through warped filters that bounce over a thick web of synth melodies that squelch and distort even as they groove." Black Bananas was the third band we ever played on the pilot episode of PUTV!
(@Black_Bananas)

Guided By Voices
"Bad Love is Easy to Do"
'Cool Planet'
Guided By Voices, Inc. / Fire, 2014
Notes: "Guided By Voices just dropped a new album [in February], but the restless lo-fi heroes already have a successor [to] Motivational Jumpsuit with Cool Planet, an 18-track set that was recorded earlier this year, during the Polar Vortex of 2014...in a single, proper studio, a first for GBV since they reunited in 2010... Guided By Voices have shared "Bad Love is Easy to Do," a Cool Planet cut that thrives on the indie-rock vets' ramshackle chops and vocal back-and-forth between Pollard and Sprout." We heard from Dayton, Ohio's unstoppable GBV back on Episode049. (And I saw Sloan open for them in 99!)
(@GBVTweets)

The Antlers
"Hotel"
'Familiars'
ANTI-, 2014
Notes: "On Familiars, The Antlers abandon the electronic influences that informed the Brooklyn band’s last full-length, 2011′s Burst Apart, opting instead for an expansive, lounge-jazz feel." Another early PUTV band makes a return as Antlers were last heard on Episode021 in August 2012.
(@TheAntlers)

High Ends
"Downtown"
'Super Class'
Dine Alone, 2014
Notes: "As the frontman for Yukon Blonde, Jeffrey Innes makes classic rock-inspired songs that have had his Vancouver hometown buzzing for years... But last year the group decided to take a break in between albums... Thus, High Ends was born... featuring friends from the New Pornographers, but mostly the spotlight is on Innes... On “Downtown,” the music stutters along at a languid pace, all the better to highlight Innes’ deadpan delivery. It has to be noted that Yukon Blonde was the first band played on PUTV, continuing our theme this episode...
(#HighEnds)

Old Man Canyon
"Phantoms and Friends"
'Phantoms and Friends' EP
self-released, 2014
Notes: "Hailing from Vancouver BC, Old Man Canyon is a band that originated from the effort of front man Jett Pace, who managed to update folk and indie-pop influences (think Iron and Wine, Mumford and Sons) to the electric format, not unlike the work of seminal folk-rock pioneers... Phantoms and Friends is a five-song EP that the band has chosen to release for free download via Bandcamp, a good move to spread the word about their music in this day and age where bands of any kind seem to pop out of every corner of the world wide web." OMC is also getting good exposure on TV shows like 'About a Boy and 'Suits'.
(@OldManCanyon)

Caroline Smith
"Bloodstyle"
'Half About Being a Woman'
United Interests, 2013
Notes: "Caroline Smith...brought her much-anticipated new soul band...to play to her largest hometown crowd of the year. With her new album, Half About Being a Woman, out on the same day, the show symbolized the last step in her transition from cute indie-folk darling to bold and sexy R&B frontwoman." So proclaimed #SongOfTheDay source @TheCurrent back in October of last year when the Minneapolis' singer dropped the new full-length.
(@GoodNightSleeps)

Cilantro Boombox
"Fears Away" single
self-released, 2014
Notes: "Felix Pacheco wears many hats. The producer/bassist/DJ is a musical sponge, soaking up hip-hop, electronica, and traditional Venezuelan sounds. In 2010, he teamed up with Joe Woullard on a one-off track... That initial collaboration soon blossomed into a productive partnership. Under the name Cilantro Boombox, the duo has ballooned into a band eight instruments strong... Just in time for summer...Cilantro Boombox has dropped a brand-new single. “Fears Away” is a perfect introduction to the group’s mash of styles: reggae, rap, jazz, and salsa all collide..." We heard "Last Call" from CB back in January on Episode094.
(@Cilantro Boombox)

Cesaria Evora
"Miss Perfumado" (Live On KCRW - June 18, 1995)
'Miss Perfumado'
Lusafrica, 1992
Notes: "Singer Cesaria Evora, dubbed the "Barefoot Diva" for often performing without shoes, has died in her native Cape Verde at the age of 70 [in 2011]... Her fourth album, Miss Perfumado, was her breakthrough hit in 1992. It sold more than 300,000 copies worldwide, and resulted in a number of tours. She released 10 albums in all." This week's theme comes courtesy of KCRW's Flashback week with live versions of songs from over the years. (I left out a couple of them out because you should probably know what Radiohead and Flaming Lips sound like...)
(#CesariaEvora)

Beck
"MTV Makes Me Want to Smoke Crack" (Live On KCRW - June 16, 1993)
Bong Load, 1993
Notes: "KCRW was an early supporter of Beck back in '93 and this week we’re celebrating the launch of our brand new website with a flashback to some of our favorite sessions over the years. Music Director Chris Douridas invited Beck to perform live within weeks of his first airplay and "MTV Makes Me Want to Smoke Crack" was a standout..." We heard new music from Beck back on Episode106.
(@Beck)

Underworld
"Always Loved a Film" (Live On KCRW - June 20, 2011)
'Barking'
Cooking Vinyl/Om, 2010
Notes: "It took many months to confirm an MBE appearance by the dynamic duo known as Underworld, but it was worth it! Their 2011 live session with host Jason Bentley was something special. We suggest you crank up Today's Top Tune. It's the dance-floor favorite, "Always Loved a Film.""
(@UnderworldLive)

Kris Orlowski
"Believer"
'Believer'
self-released, 2014
Notes: "Seattle-based singer/songwriter Kris Orlowski specializes in earthy, honest, emotional, and harmony-drenched folk-pop songs delivered with an eye (and ear) for the cinematic. Orlowski released a handful of well-received EPs before forming the Kris Orlowski Band...in 2010. The group, who have drawn comparisons to artists like Matt Nathanson, Wild Feathers, and Josh Ritter, released their debut long-player, Believer, in early 2014." Sheesh, after last week's fluke, we're back on track with a Pacific Northwest closer...
(@KrisOrlowski)