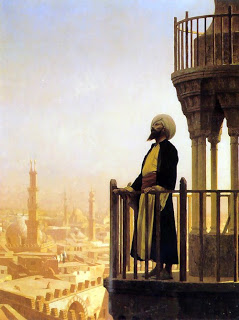 The Power of the Bard

from IshtarsGate.wordpress.com: "As some followers here may have noticed. I’ve recently decided to concentrate more on writing poetry than long essays, but not because I want to hide in some irrelevant and anachronistic past-time …..far from it. It’s because I‘ve been coming to realise that what’s known as the ‘power of the bard’ is one of the true swords of the shaman or those in touch with the spirits. I know from experience that the spirits usually communicate in rhyme, and that they really appreciate it when I rhyme back to them. They also send me healing rhymes in which the rhythm is as important as the sounds and meanings of the words themselves.

I’ve come to learn that a good bard knows how to plant a dreaming seed which may sprout later on. And that whatever these wordsmiths lack in combat skills, they certainly make up for in the mysterious effects their songs have on enemies and allies alike. So why is this new information to some of us? Because it’s just not taught anymore. Historians judge the beginnings of civilisation to be the beginnings of writing, about 5,000 years ago. They don’t understand that writing would have been considered a backward step to these learned sages who understood the power of sound to be primordial and therefore superior. The earliest Vedic teachings were described as ‘sruti’… that which was heard from the spirits… and were passed on orally.


The knowledge of the power of the bard began to disappear, along with all other aspects of shamanism, when the teachings of our ancestors, which we call myths, were turned from sublime metaphorical poetry into literal history.

This process was begun first by Aristotle, who Plato did not initiate into the Mysteries, and then later on by the 4th century Roman Emperor Constantine for the purposes of establishing a new religion, Christianity, to bind and control his empire… a religion he never subscribed to.

In medieval times, the bard was consigned to a sort of royal troubadour status, singing songs to strengthen the power of the rulers, by recalling great victories in battles. Their role was also to remember, by reciting by rote, the genealogies of the royal bloodlines.

The importance of literalism and left brain thinking was further set in train in the collective consciousness by the founders of the Age of Enlightenment in the 18th century and their insistence upon intellectual reason being the primary authority.

I’m not saying that we shouldn’t use intellectual reason. But we’ve gone from making it our primary authority to making it our only authority, forgetting that knowledge used to be transmitted in another form, notably metaphor and allegory in the form of poetry, where the sound of the word and the feeling it conveyed was as equally important as its meaning.

Poetry – unlike post-Enlightenment thinking – is beyond reason. But it’s not unreasonable. It just reaches further into a more holistic construct that satisfies the heart as well as the head.

The ancients used to orally record and transmit their knowledge in verse, through a priestly class that kept it secret. They hid their truths in metaphor and allegory, and created beautiful stories over the top of their deeper truths.

As Thomas Hardy once said:

“If Galileo had said in verse that the world moved, the Inquisition might have left him alone.”

In earlier days, the words themselves (and not just their meanings) were believed to contain power. That’s why the witches’ books of magic – the Grimoires – contained what are known as ‘spells’.
In Celtic mythology, we hear about the bards Aneirin and Taliesin. The writer WB Yeats attests to the magical potency of the inspired rhyme when says this of the ancient poets and bards of Ireland.

“The bards were the most powerful influence in the land, and all manner of superstitious reverence environed them round. No gift they demanded might be refused them. … A poem and an incantation were almost the same. A satire could fill a whole countryside with famine. Something of the same feeling still survives, perhaps, in the extreme dread of being ‘rhymed up’ by some local maker of unkindly verses….”

But it wasn’t just the Druids and their bards in Ireland. Rhyming was recognised as a power worldwide.

When Zoroaster wanted to introduce his new religion to the people, he had to do a deal first with the most powerful power brokers in the land. Who were they? They weren’t the politicians. They weren’t the monarchy or aristocracy. They were the Kavis, the ancient lineage of Vedic poets who carried all the lore – from maths and astronomy to astrology and botany – in their orally transmitted verses.

There are innumerable ancient stories from all over the world, known as myths, which take us into a beautiful realm of rhyme and metre to describe how the stars slowly travelled across the sky, from one age to another. And instead of giving us a cold mathematical formula, they talk of great heroes, like Ilmarinen who has to fix a peg into the roof of the universe to stop it spinning off its axis; or of Atlas who, in classical art, is not supporting on his shoulders the globe of the world, but the whole celestial sphere.

And in most of these metaphorical poems, the changing of a World Age astrologically is represented by an apocalyptic, catastrophic End of Days scenario, usually a flood.

Nowadays, we only have fragments of these great poems and because we are trained in post-Enlightenment thinking and reasoning, we hungrily scour them for historical facts or scientific models or mathematical formulae.

But this may be because we live in an age where poetry is considered to be a superficial frippery, relegated to the dustbin of St Valentine’s Day. Sadly, there is very little education in schools about how to appreciate it, especially as the sound aspect of the words has become lost in translation.
But those among us who are in contact with the spirits are capable of once again, reviving these silver streams of wisdom – to forge again those great broad s-words of tongues that cannot lie, from cauldrons of regeneration.

This is the power of the true wordsmith. And I’m sure there are many more among us who have yet to venture into these lyric, dreamtime seams. I hope to meet you there soon!"