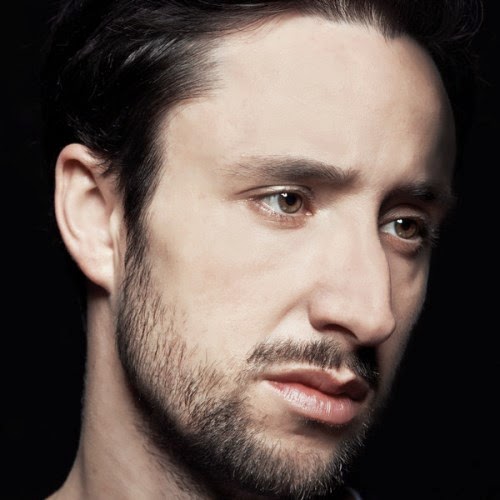 Previous: Episode119 - From Now On

How To Dress Well
"Repeat Pleasure" (Radio Edit)
'What Is This Heart?'
Weird World/Domino, 2014
Notes: "Tom Krell emerged a few years ago, releasing murky and mysterious lo-fi bedroom-R&B under the name How To Dress Well. Since then, he’s added more shades and ideas to his sound and become an ever-more fascinating songwriter. His 2012 album Total Loss was an absolutely beautiful piece of work, and he’s just announced that he’ll follow it this summer with “What Is This Heart?”, a follow-up that may well be even better.... a glassy and cascading piece of work called “Repeat Pleasure.”" We last heard from HTDW way back on Episode032 and now it really reminds me of Blood Orange, in a good way...
(@HowToDressWell)

Ghost of a Saber Tooth Tiger
"Too Deep"
'Midnight Sun'
Chimera, 2014
Notes: "Sean Lennon's band The Ghost of a Saber Tooth Tiger (or The GOASTT) put out their newest album, Midnight Sun, earlier this year and have now made a video for one of its tracks, "Too Deep,"... The song recalls the more psychedelic moments of Sean's father's band, but hey if Tame Impala can do it, why can't an actual Lennon?" We got a double shot from the GOASTT on Episode111 and I just found out the album is produced by one of my absolute favorites, Dave Fridmann!
(@WeAreTheGoaSTT)

Bobby Patterson
"I Got More Soul"
'I Got More Soul'
Omnivore, 2014
Notes: "First new studio release in years from iconic Texas writer, producer and recording artist Bobby Patterson...whose body is 70 and whose voice still needs an ID to buy a drink, sounds today just like he did in the mid-1960s, when he was Dallas’ No. 1 soul brother."
(#BobbyPatterson)

Porter Robinson
"Lionhearted" (w/ Urban Cone)
'Worlds'
Astralwerks, 2014
Notes: "Long one of EDM's Next Big Things, enjoying festival billings that belie his slim catalog, Robinson has spent much of his career promising to break with EDM convention... Instead of Robinson's former "complextro" mentor Skrillex, it's Sigur Ros and M83 that loom large..."
(@PorterRobinson)

Hundred Waters
"Murmurs"
'The Moon Rang Like a Bell'
OWSLA, 2014
Notes: "When a loop of the words "I wish you" enters the song "Murmurs," it's completely out of sync. But the delicious moment when the song comes together is Hundred Waters at their best: a band that truly makes music feel like magic. The L.A. group's second album for Skrillex's OWSLA label swaps the cosmic folk of its debut for a more electronic palette..." Hundred Waters just came through town this week, but we last heard them on on Episode039.
(@HundredWaters)

Lust for Youth
"Epoetin Alfa"
'International'
Sacred Bones, 2014
Notes: "Swedish producer Hannes Norrvide — who performs under the name Lust For Youth... his new album, International, ...title feels like it could be a subtle tribute to Pet Shop Boys, and based on International’s first single, “Epoetin Alfa,” the PSB nod seems even more deliberate."
(#LustForYouth)

Nicole Atkins
"Red Ropes"
'Slow Phaser'
Oh'Mercy!, 2014
Notes: "For her third LP, American pop chanteuse Nicole Atkins returned to the Nordic coastal city of Malmö, Sweden where she and her then band the Sea recorded their first album Neptune City in 2006... Johansson's production places an emphasis on the band's bottom end with rich, deep basslines, and rocksteady drums like on the...pulsing "Red Ropes."" The song, "Girl, You Look Amazing," from Ms. Atkins was featured on Episode097.
(@NicoleAtkins)

Moonrise Nation
"Into the Cold"
'Moonrise Nation' EP
Zinc, 2014
Notes: "...the young indie-pop trio from Chicago...signed with Zinc Records, the label founded and owned by producer and Minneapolis native, Bobby Z – who spent a decade as the original drummer, recording and touring with PRINCE for The Revolution... watching the band play live...the Z’Bros were riveted."
(@MoonriseNation)

Bear In Heaven
"Autumn"
'Time Is Over One Day Old'
Dead Oceans, 2014
Notes: "It’s been a while since we last heard from Bear In Heaven, but the synth psych-rock band led by Jon Philpot is back with their fourth album, titled Time Is Over One Day Old, later this year... now they’ve shared the album opener, “Autumn,” which really drives home what Philpot was talking about when he said the new album was an attempt to strip away layers. This thing is taut, lean, and downright sinister, from the marching drums to the tiny synth shrieks that find their way into the track. If “Autumn” is a new statement of purpose, then we should be listening." We haven't heard from Bear In Heaven since our pilot episode from March 2012!
(@BearInHeaven)

Deadmau5
"Pets"
'While(1 Is Less than 2)'
Astralwerks, 2014
Notes: "Although “While(1 Is Less than 2)” is technically his seventh studio full-length, (DJ Joel) Zimmerman has hailed it as “the first album [he’s] ever done that [he] would even call an album.” Sprawling, ambitious and mostly well-executed, “While(1 Is Less than 2)” may confuse his fan base’s Ultra-attending electro house contingent, but deadmau5’s double album undoubtedly marks his most mature and forward-thinking release to date.
(@Deadmau5)

This week's B-sides: Dylan In The Movies, Amanda Shires and Owl John