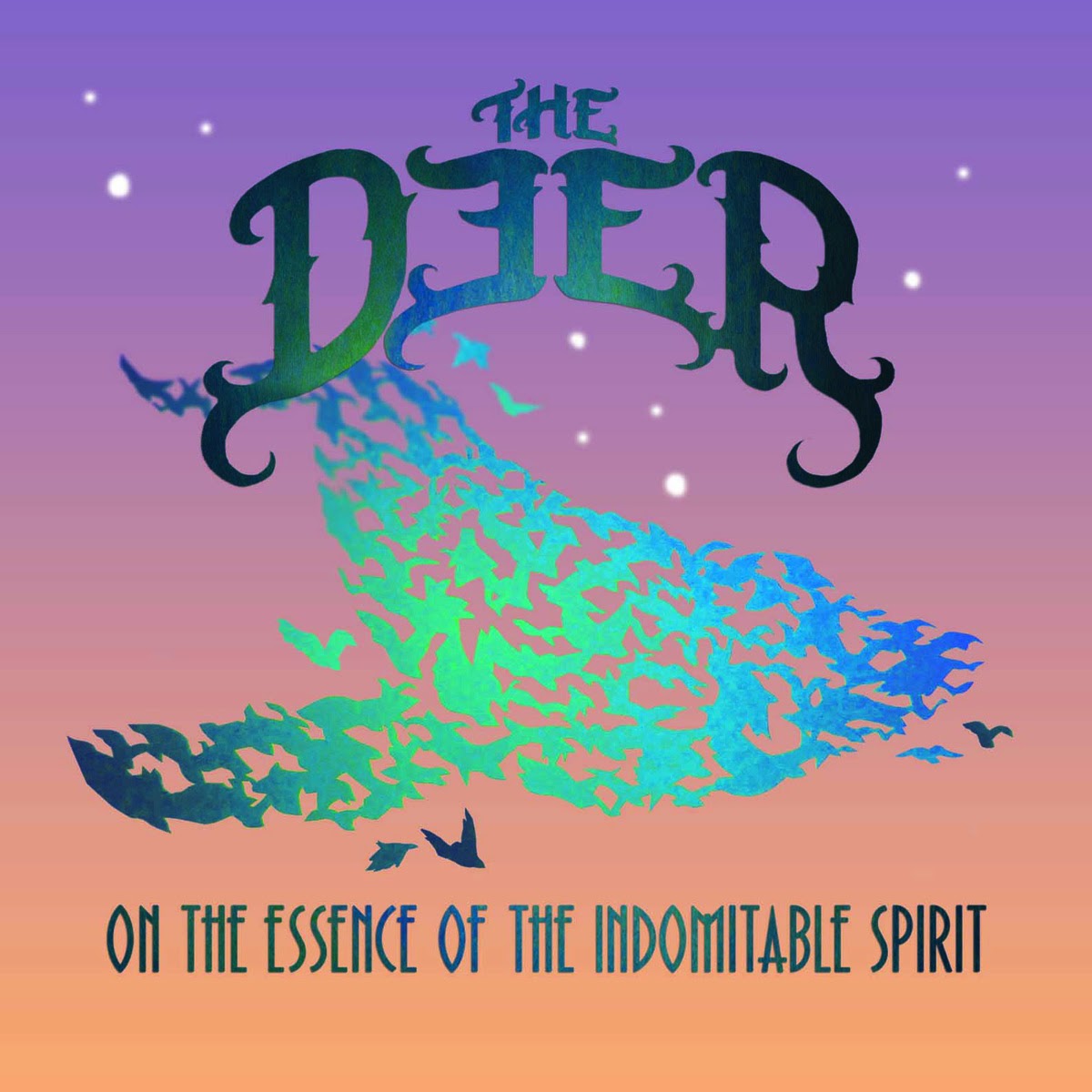 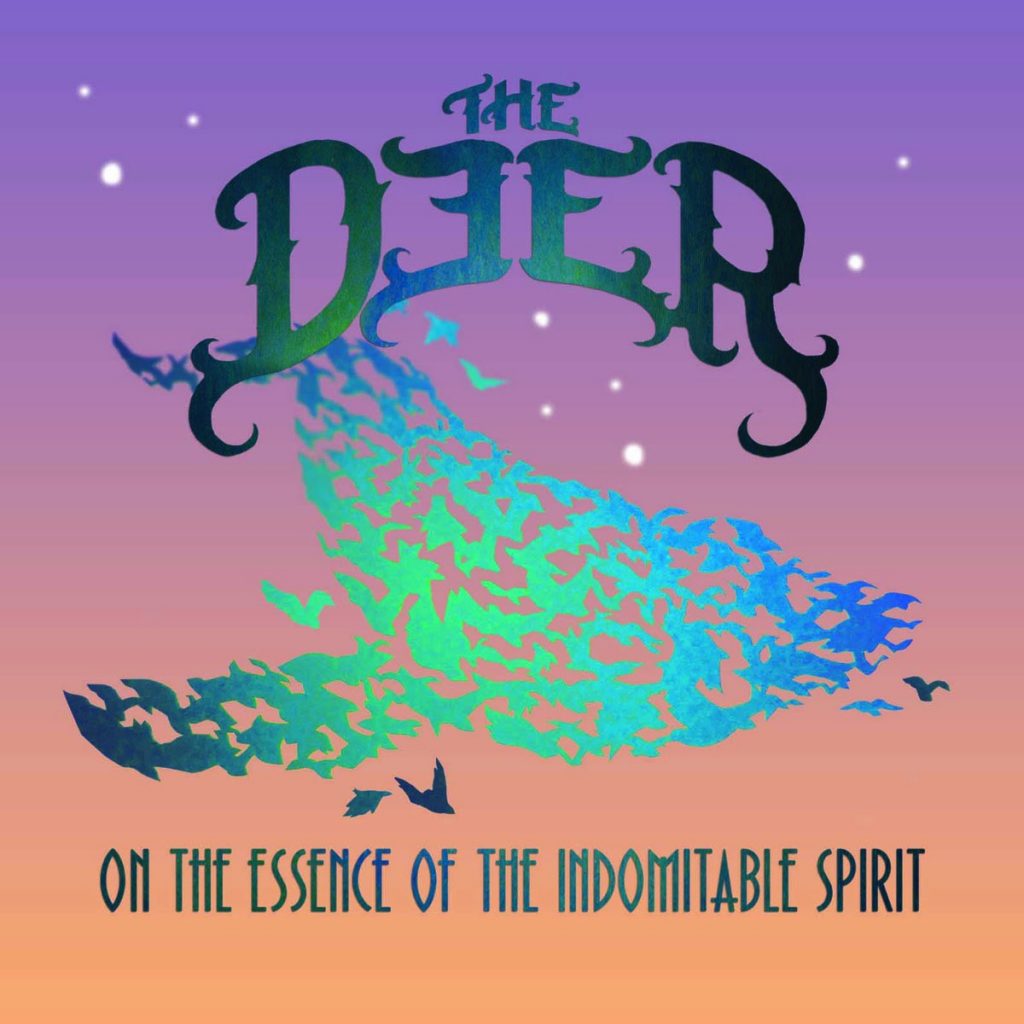 ♫Makin' a soundtrack for another planet to hear♫ on Episode138 - Farther which features brand new sounds from Hookworms, All We Are, Captain Planet, Chico Mann, Hoot Hoots, Mariachi El Bronx, Warm Soda, Wolf Alice, All Them Witches, Fox and the Law, ...And You Will Know Us by the Trail of Dead, The Deer, Grapes & Friends and Young Evils...

Hookworms
"Radio Tokyo"
'The Hum' EP
Weird World/Domino, 2014
Notes: "Leeds five piece Hookworms’ debut of eighteen months ago quite rightly had many plaudits lauded upon it, for within its mixture of drone, shoegaze, psych, hardcore and post punk, there lied a furious rage lost within the structure of pop music. The subsequent months since said debut have seen them turn into one of the UK’s must see live acts, and with their second long player, their first for Domino Records offshoot Weird World, they seal the deal in recorded form."
(@Hookworms)

All We Are
"Feel Safe"
'All We Are'
Double Six/Domino, 2015
Notes: "If you're about ready to pull the tablecloth out from under life, don't, keep calm and listen to "Feel Safe", the new track from All We Are. The band, who recently signed with Domino imprint Double Six Records, originate from Ireland, Norway and Brazil and describe their music as "The Bee Gees on diazepam" which, TBH, is a fair summation."
(@ThisIsAllWeAre)

Hoot Hoots
"Gone Far"
'Colorpunch'
self-released, 2014
Notes: "Despite their floor-length rainbow robes, The Hoot Hoots are not recruiting for the most psychedelic cult ever. Instead, these Seattle power pop players intend to leave a mark with Colorpunch, their latest release. After meeting at Knox College, the quartet relocated to the Northwest from Illinois in 2008 and became known for their confident, lighthearted energy. The band has been acknowledged as continuing on the indie pop path laid out by greats like The Shins. Maybe the group has dabbled in brainwashing because it’s impossible not to bop to the playfully anthemic “Gone Far.”"
(@TheHootHoots)

Mariachi El Bronx
"Wildfires"
'Mariachi El Bronx (III)'
ATO, 2014
Notes: "Mariachi El Bronx first started as a diversion for members of the long-running punk band the Bronx. They put on charro outfits, replaced their electric guitars with trumpet, violin and other traditional instruments, and introduced their own take on Mexican folk music (with soulful vocals in English by Matt Caughthran, a singer previously known for his howl)." MEB gave Episode128 its "New Beat" title track.
(@The_Bronx)

Warm Soda
"Young Reckless Hearts"
'Young Reckless Hearts'
Castle Face, 2014
Notes: "Warm Soda’s frontman Matthew Melton...knows a thing or two about crafting a solid power pop album. He proved that with last year’s Someone For You. Now, he’s back at it with Young Reckless Hearts... the album sounds like it could’ve been released in any era — the 1970s, yesterday, whenever. In actuality, it comes out next week from Castle Face Records and it’s an awesome blend of garage rock, power pop, and did we even hear a cello in there? Plenty of hooks to go around on this one. It’s infectious."
(#WarmSoda)

All Them Witches
"Charles William"
'Lightning At The Door'
self-released, 2013
Notes: "If you’re saying to yourself, “Golly, didn’t this album already come out, like 10 months ago?,” yeah, it pretty much did. Nashville heavy psych blues four-piece All Them Witches issued Lightning at the Door last November, just kind of tossed it up on Bandcamp and let their burgeoning (that’s not to say “booming,” though that might be more accurate) fanbase have its way with it. CDs were printed up, twice, since then, but basically what makes this new, Sept. 16 date different is that it’s the official release for the vinyl."
(@AllThemWitches)

Fox and the Law
"Hot Water"
'Stoned to Death'
FunkFarm, 2014
Notes: "Hearing these guys wail is a pleasure – they’re one of those bands that brings it with each live performance and, amazingly, this energy is captured on their records too. Sometimes it feels the same spirit that rode through a band like Led Zeppelin runs through Fox and the Law. Hailing from hometown Seattle, WA, the group shakes any sonic stage they are a part of and their new album Stoned to Death is no different. Their song “Hot Water” is a race through madness, in the best of ways. You’re chasing both the white rabbit and the mad hatter and you’ve lost your shoes and ingested maybe a mushroom or two."
(@FoxAndTheLaw)

...And You Will Know Us by the Trail of Dead
"The Doomsday Book"
'IX'
Richter Scale/Superball, 2014
Notes: "The 20+ year career of …And You Will Know Us By The Trail Of Dead is just as tumultuous and unpredictable as their cataclysmic mixture of punk and prog rock. Led by co-frontmen/multi-instrumentalists Conrad Keely and Jason Reece, Trail of Dead was formed in Austin in 1994, quickly establishing a reputation for being a noisy, frenetic live act and with the release of 1999’s Madonna, critical darlings as well... [Insert major label antics here] The band’s latest album, IX, is named for a planet in Frank Herbert’s Dune (and is, perhaps not coincidentally, their ninth album) and continues the band’s recent trend of returning to the shifting dynamics and slash-and-burn guitars that they made their name on. IX‘s opening track, “The Doomsday Book” opens with a pace so tense that it feels like the band is outrunning the apocalypse itself."
(@TrailOfDead)

The Deer
"Farther"
'On The Essence Of The Indomitable Spirit'
self-released, 2015
Notes: "The Deer are...avant folk quartet in early 2013 when they released their debut album, An Argument For Observation, as Grace Park and The Deer... they’ve changed their name and are simply known now as The Deer. This year has included a flurry of activity for the band – a handful of shows along with songwriting and recording leading to the upcoming release of their second album, On The Essence Of The Indomitable Spirit, in January 2015."
(#TheDeer)

****************************************
@PumpUpThaVolume Music News:
#AlbumOfTheDay: @FaltyDL - '///III'
#AlbumOfTheDay: She & Him (@SheAndHim) - 'Classics'
#AlbumOfTheDay: @Hookworms - 'The Hum'
#AlbumOfTheDay: @WuTangClan - 'A Better Tomorrow'
Watch @WuTangClan’s “A Better Tomorrow” video, which features footage from recent protests in Ferguson and New York
A federal judge refused to throw out Beastie Boys' $1.7 million verdict against Monster Energy drink
Music Industry Sues Chrysler, Mitsubishi Over In-Car Recording Devices
@Spotify Reveals Everything You Never Wanted To Know About Your #Music Taste
@kitwithus is a new subsciption series that'll send you postcards you can play on your record player
Former Cake drummer receives jail sentence for child abuse
@LanaDelRey confirms that she's working on album number three in a new interview
Morrissey cancels shows in Athens and Istanbul
#BobbyKeys, longtime @RollingStones saxophonist, dies at age 70
#IanMcLagan, keys player for @RollingStones, dead at 69
What Are the Two Lamest #Music Albums @RollingStone Could Have Named the #Bestof2014?
All Songs Considered: The Year In #Music 2014 … So many @PumpUpThaVolume artists!
Why U2's 'Songs of Innocence' Doesn't Deserve the Rock Album Grammy
The Grammy nominees for Album Of The Year are Beyoncé, Beck, Pharrell, Sam Smith, and Ed Sheeran
Coldplay announce next album will be their last