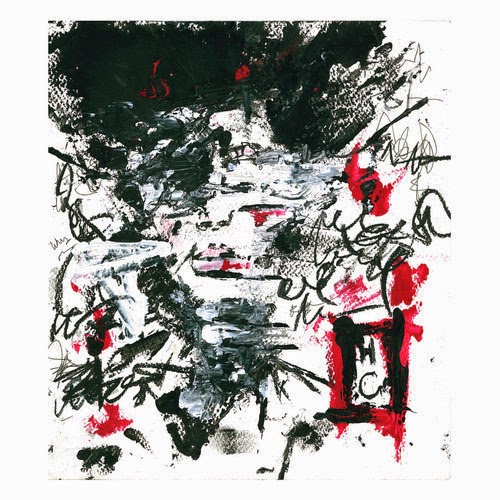 Flight Facilities
"Sunshine" (w/ Reggie Watts)
'Down to Earth'
Glassnote, 2014
Notes: "This week, the Australian electronic duo Flight Facilities released their latest album Down to Earth. The single "Sunshine" features vocals from comedian/musician Reggie Watts. Watts also stars in the video... Directed by Rhett Wade-Ferrell, the clip opens with Watts on the phone, explaining a movie concept based on the "combination of two classics: Twilight meets 'Happy Days'."... Down to Earth also features collaborations with Kylie Minogue, Bishop Nehru, and more."
(@FlightFac)

Run the Jewels
"Crown" (w/ Diane Coffee aka Shaun Fleming of Foxygen)
'Run The Jewels 2'
Mass Appeal, 2014
Notes: "The sequel takes the simplistic thrills of the debut and expands the duo’s natural chemistry. With Killer Mike grounded at the album’s emotional core, El-P is free to indulge in his intrepid production tendencies. On “Crown,” Killer Mike gives an emotional account of selling drugs to a pregnant woman before El-P ponders the catharsis of gun violence." I think this is the most powerful record of 2014 that had to come out towards the end of the year to be able to contain the feelings of the past 12 months. Stunning.
(@RunJewels)

DJ Slugo
"Ghetto"
Other People, 2014
Notes: "Nicolas Jaar has shared a new track from Chicago’s DJ Slugo through his “serial label” Other People. The track was made “in light of recent events” and was produced on “a cold but sunny morning by [Jarr] in NY, and sent that very morning to [DJ Slugo] who laid down the vocal.” It’s an 8-minute track called “GHETTO” that sees Slugo performing a spoken word piece about his upbringing over a throbbing house backbeat." Nicholas Jaar plays in Darkside, which gave us another epic track back on Episode082.
(@DjSlugoMusic)

Museum of Love
"In Infancy"
'Museum of Love'
DFA, 2014
Notes: "Last June, former LCD Soundsystem drummer Pat Mahoney and Dennis “Jee Day” McNany of The Juan MacLean came together as Museum of Love. Already in its short existence, the pair has released a few singles...and recently made its live debut at Moogfest. Now...the release of their self-titled debut album... Whereas its predecessors were more New Wave-inspired, “In Infancy” veers toward the realm of lush and hazy synth-pop, with McNany’s quasi-falsetto croon paired with the slow moving tides of chirpy synths and multi-layered drums. There’s definitely some tinges of disco, but this effort’s far more glowing and transcendental than any ordinary dance groove."
(@MuseumOfLove)

The 2 Bears
"Not This Time"
'The Night Is Young'
Southern Fried, 2014
Notes: "The 2 Bears should be commended for their commitment to bringing a dose of fun back to the dancefloor. Former music press officer Raf Rundell and Hot Chip’s Joe Goddard are a serotonin-fuelled alternative to the cerebral glitch of the likes of Fuck Buttons and The Haxan Cloak. Sidestepping the cheesier fringes of 1990s house, but still deeply indebted to its hedonism... the pair’s second album, part-recorded in Cape Town, is full of party tunes with a global framework... one of the most joyful dance releases of the year." We haven't heard from The 2 Bears since Episode020 and they fit nicely back in the mix!
(@FollowTheBears)

Francisco the Man
"Loaded"
'Loose Ends'
Fat Possum, 2014
Notes: "Loose Ends might sound like the final album title of a band capping off their vast discography. Instead it graces Francisco the Man’s debut LP. Despite the album’s freshness, these Los Angeles guys have been around for years. Loose Ends catapults Francisco the Man over the occasionally ham-handed debut phase with its confident, familiar, shoegaze-y warmth. Today’s featured song, “Loaded”, serves as a hungover retrospective on a relationship run its course."
(@FranciscosTweet)

Cabana
"Warmest Night"
'Cabana'
self-released, 2014
Notes: "Ever surfed the Puget Sound? Neither have we, but local band Cabana brings enough surf vibes to the chilly Pacific Northwest to thaw this December day with “Warmest Night” from their latest EP. Although the band dips their feet into the salty waters of surf-tinged guitar riffs, the quartet is known for their shoegaze-y psych-pop. Formed in 2012, the group cites influences from Brian Jonestown Masascre to My Bloody Valentine. "
(#Cabana)

Knox Hamilton
"Work It Out"
Prospect Park, 2014
Notes: "In the case of emerging indie rockers Knox Hamilton you can..."believe the hype." Coming off a hit alt-rock single ("Work it Out"), the Little Rock, AR band...Consisting of brothers Boots and Cobo Copeland, Brad Pierce, and Drew Buffington, the foursome have been hitting the road...and gaining new fans by the baker's dozen per hour..." Yep, this one might be a biggie, but not quite as big as the Phoenix sound they try to capture on this breakout song. And though the song was upped to iTunes last August, the YouTube date is now one year ago. We just started playing this one at my radio day job, too... It takes a while to be an overnight success!
(@KnoxHamilton)

Chuck Prophet
"Tell Me Anything (Turn to Gold)"
'Night Surfer'
Yep Roc, 2014
Notes: "Musically, listeners will be familiar with Prophet’s tact for architecting guitar-driven songs that are equal parts grit and jangle pop, but it’s often the subtler adornments or decisions that Night Surfer crests upon: like the shouted, call-and-response backing vocals in the pop chorus of “Tell Me Anything (Turn to Gold)”..." It's the lucky 13th album for the SF singer/songwriter.
(@ChuckProphet)

Velveteens
"Sun's Up"
'Sun's Up'
MJ MJ/The Old Blackberry Way, 2014
Notes: "The Velveteens are no freshmen when it comes to making music. Over the past few years, they’ve managed to win the hearts of many through endless hometown shows and several self-released tapes. But Sun’s Up is their first honest-to-jeez studio LP. And with the production help of Neil Weir, the Minneapolis band has created a sneaky piece of pop that wraps itself around a sliver of buried criminality."
(#TheVelveteens)

Waters
"Up Up Up" (Live On KCRW)
Vagrant, 2014
Notes: "The man behind Waters, Van Pierszalowski, told [KCRW's] Jason Bentley he was not shying away from big choruses on their new record, slated for release in Spring. They have an EP out now, but [the SF/LA band] played a bunch of new tracks during their Morning Becomes Eclectic set this morning, including the radio debut of the ultra catchy “Up Up Up”. Van said he aimed to make music for his “16-year-old self”, huge guitar songs with pop hooks that sound great on the radio, like the bands that changed HIS life (Green Day, Smashing Pumpkins, etc…)"
(@ThisIsWaters)

Black Pistol Fire
"Norwegian Wood (This Bird Has Flown)"
'All ATX, Vol. 2: British Invasion'
Waterloo, 2014
Notes: "Earlier this year, dozens of Austin musicians came together for All ATX: British Invasion, a compilation album celebrating the fiftieth anniversary of the British Invasion hitting our shores. But more importantly, the album’s proceeds benefit HAAM, the Health Alliance For Austin Musicians. This week, we’re highlighting some more cuts from All ATX and reminding you the album would make a great holiday gift (wink wink, nudge nudge). It can be hard trying to breathe new life into some old classics, but credit goes to Austin’s Black Pistol Fire. The blues-rock duo transforms the Beatles’ “Norwegian Wood (This Bird Has Flown)” into something completely different and more in line with their own aesthetic." Ha, BPF occupied the same penultimate spot back in March on Episode103.
(@BlackPistolFire)