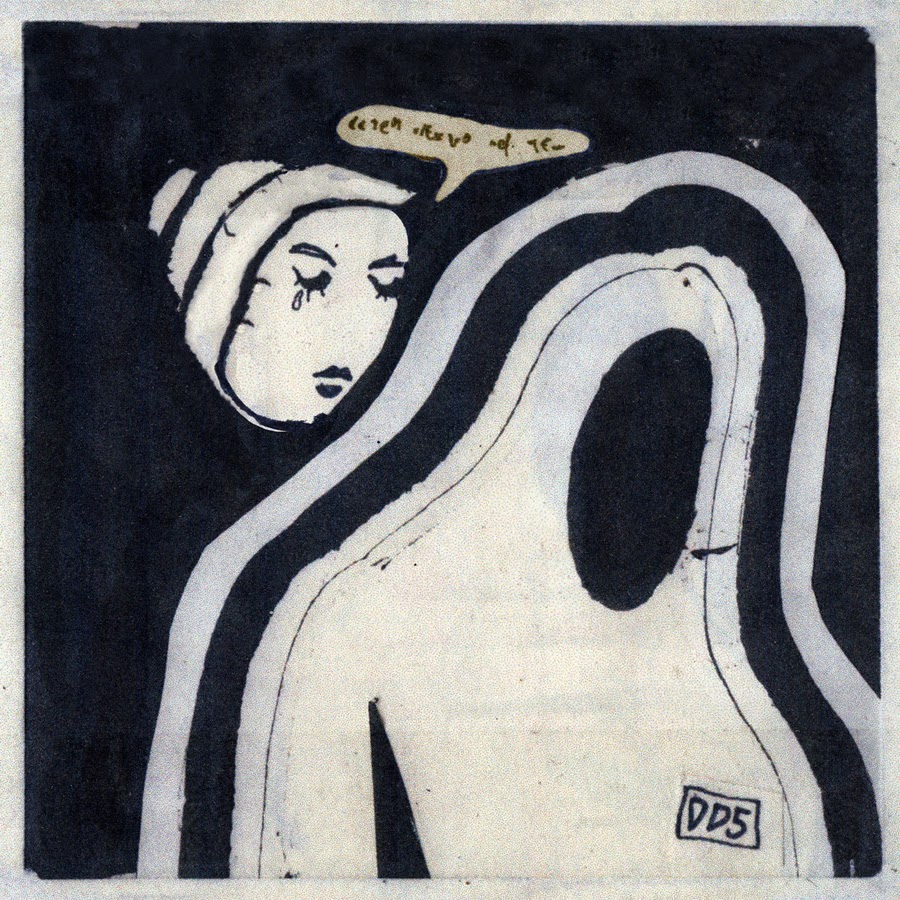 Nude Beach
"I Can't Keep the Tears From Falling"
'77'
Don Giovanni, 2014
Notes: "Two years ago, the young Brooklyn-based rock band Nude Beach released their album II, a deeply enjoyable piece of classic-rock-informed punk... the band follows up II with a grand new double-disc album called 77... “I Can’t Keep The Tears From Falling” is a scrappy, melodic, catchy-as-hell piece of songcraft, a three-minute power-pop rager with a lot of Ramones and Replacements in its DNA." We heard "For You" from Nude Beach back on Episode133.
(#NudeBeachBand)

Courtney Barnett
"Pedestrian At Best"
'Sometimes I Sit and Think, and Sometimes I Just Sit'
Mom & Pop/Marathon Artists, 2015
Notes: ""Put me on a pedestal, and I'll only disappoint you," Courtney Barnett confides a minute or so into "Pedestrian at Best", the lead single from her forthcoming LP... From its very first line, "Pedestrian"—one part kiss-off, two parts "existential time crisis"—is riddled with contradictions... a mental lightning storm, a live-and-direct dispatch from the center of Barnett's considerable brain... delivers what'll likely stand as 2015's sickest on-record burn: "I think you're a joke, but I don't find you very funny."" One of the brightest breakouts around, this is CB's sixth time on PUTV - which ties her for the lead with Thee Oh Sees!
(@CourtneyMelba)

Diamond Rugs
"Voodoo Doll"
'Cosmetics'
Sycamore, 2015
Notes: "Members of Deer Tick, Black Lips, Dead Confederate and Los Lobos team up under the moniker Diamond Rugs and blow off a little steam. This song from their forthcoming album Cosmetics is all rock, it's called "Voodoo Doll."" Making their third stop on PUTV, we heard Diamond Rugs way back on Episodes006/007!
(@Diamond_Rugs)

Swervedriver
"Setting Sun"
'I Wasn’t Born To Lose You'
Cobraside, 2015
Notes: "Early-’90s British shoegazers Swervedriver might not be as revered as contemporaries like My Bloody Valentine or Ride, but they did charged-up bleariness as well as almost anyone. Swervedriver went on hiatus in 1998 and then reunited at the 2008 Coachella festival, but they never got around to releasing any new music until the single “Deep Wound” last year. And now the band has announced that they’ve got a new full-length ready to go. I Wasn’t Born To Lose You, which is set to arrive in a couple of months, will be the band’s first studio effort since 1998′s 99th Dream, and first single “Setting Sun” is a lovely piece of blurry heaviness." I've always loved these guys, caught them on that 2008 reunion tour and already have tickets for the new show, welcome back!
(@SwervedriverUK)

Is Tropical
"Crawl"
'Black Anything (Pt. 1)'
Axis Mundi, 2014
Notes: "...the [London] band’s name was intended to reflect the quartet’s globetrotting aspirations. Two albums later, the group has toured all over with their electronic rock and imaginative aesthetics. Is Tropical’s five part album, Black Anything, demonstrates the band’s dedication to every aspect of their work. The album will be released as 10-inch vinyl components, each bearing the image of the continent in which its songs were recorded."
(@IsTropical)

Ting Tings
"Daughter"
'Super Critical'
Finca, 2014
Notes: "The island of Ibiza was the playground that inspired [Manchester's] The Ting Tings' third album. They set the scene for a dance party with "Daughter"."
(@TheTings)

Doldrums
"Hotfoot"
'The Air Conditioned Nightmare'
Sub Pop, 2015
Notes: "Doldrums, the band led by Montreal's Airick Woodhead, are back following their 2013 debut album Lesser Evil. The Air Conditioned Nightmare is out April 7 in the U.S. and April 6 in Europe via their new label home, Sub Pop... The album is titled after Henry Miller's 1945 collection of essays."
(@Doldrumopolis)

Shovels & Rope
"Bridge On Fire"
'Swimmin' Time'
Dualtone, 2014
Notes: "Over the last two years, a whirlwind of festival sets and opening gigs – plus the extra boost of a trending genre – have helped sweep this married folk duo's rudimentary guitar and junkyard drum setup out of Charleston, South Carolina, and into the warm glow of the spotlight. Their latest LP shirks the kind of Americana that had Mumford & Sons selling out stadiums... Any faults just add to Swimmin' Time instead of diminishing the sincerity of this full, flavorful record." We haven't played S&R since their first time way back on Episode022 in 2012!
(@ShovelsAndRope)

Dengue Fever
"Tokay"
'The Deepest Lake'
Tuk Tuk, 2015
Notes: "Dengue Fever have built their [12-plus years] career on an exploration of psychedelic Cambodian music. The LA band continues their far out tradition of fusing the exotic with the pillars of rock..." Dengue Fever opened ep092 of PUTV with "Taxi Dancer" in January 2014.
(@DengueFever)

Iron & Wine
"Everyone’s Summer Of ’95"
'Archive Series Volume No. 1'
Black Cricket, 2015
Notes: "Sam Beam, aka Iron & Wine, has announced that he’ll be putting out a series of archival recordings, starting with Archive Series Volume No. 1... The sixteen Iron & Wine tracks contained on the release come from around the same time as his 2002 debut The Creek Drank The Cradle... out on 2/24 via Beam’s new label, Black Cricket." Iron & Wine's first time on PUTV was in March 2013 on ep052.
(@IronAndWine)

Strange Wilds
"Standing"
Sub Pop, 2015
Notes: "Formed in 2012, Olympia’s Strange Winds are a cyclone of refreshing rawness. After releasing their debut 7” Wet on Inimical Records, the band have been drafted in by Sub Pop, winning the label over with their unique brand of compressed intensity. Short but savagely sweet, the 3-track “Standing” single is complete with earth shattering heaviness, technical ability and beautiful passages of melody to offset the chaos... with more than just a reminiscent hint of the song “Love Buzz” from past labelmates Nirvana."
(@StrangeWilds)

This week's B-sides: Kitty, Daisy & Lewis, Lonesome Heroes, King Gizzard & The Lizard Wizard, The Stress of Her Regard and Andy Shauf